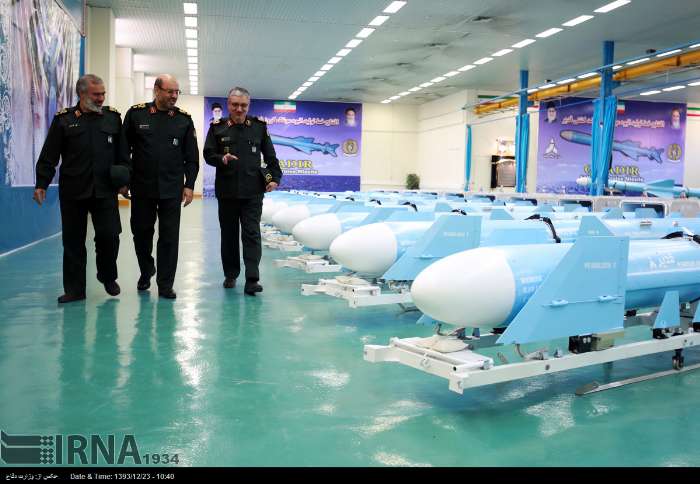 On March 8, Iran’s Ministry of Defense (MoD) unveiled a new ground-launched cruise missile produced by Tehran’s Aerospace Industries Organization (AIO). The new surface-to-surface missile, designated the Soumar (after a city destroyed during the 1980-88 Iran-Iraq War), is based on the Russian Kh-55 — the backbone of the Russian air-launched nuclear deterrent.

According to Western intelligence agencies, the missile is not capable of carrying a nuclear device due the small size of the weapon’s payload. The missile allegedly has a range of 2,500 to 3,000 km. In the West, this puts all of Turkey, Greece, the Balkan Peninsula, Ukraine, and large parts of Russia within striking distance. In the east, the new weapon’s range extends to Afghanistan, Pakistan, Uzbekistan, Turkmenistan, Tajikistan, Kyrgyzstan, and parts of Kazakhstan, India and China.

However, IHS Janes’s Defence Weekly is skeptical of the above quoted range of the weapon, which is estimated to have a maximum cruise speed of Mach 0.7. “The assumption that Iran’s Soumar cruise missile has a range of 2,500 km almost certainly overstates the weapon’s performance. Iran would have to use a turbojet engine to power a long-range cruise missile that could be produced without relying on smuggling more efficient turbofans into the country,” their analysis states.

The article further notes that the 2,500 km (or even 3,000 km) range repeatedly quoted in defense circles and the media is derived from the range of the Russian Kh-55, the source for the Soumar design.  In 2oo1, Iran managed to obtain six Kh-55s, but without “the Ukrainian R95-300 turbofan engine and without the original terrain counter matching (TERCOM) navigation system.” Iran quickly began to reverse engineering the missile. The missiles revealed now appear to feature a R-95-like engine.

IHS Jane’s Defence Weekly notes, however, that “it is highly unlikely that Iran is capable of producing such an engine” since it is rather technically difficult to produce. ”It is even harder to produce a small turbofan engine for a cruise missile than… a standard-sized engine due to the smaller components and higher pressures and temperatures involved,” Jane’s says. As a consequence, the engine could perhaps be original R 95-300 turbofan models smuggled into the country in small numbers or the missiles unveiled this month could simply be the actual six Kh-55s obtained 14 years ago.

One of the biggest challenges for Iranian engineers was to make the air-launched weapon into a surface-to-surface missile equipped with an adequate booster motor — a necessary change, as Iran possesses no bomber fleet. “The Kh-55 was developed as a nuclear-capable, air-launched design and was typically carried by one of the Russian Air Force’s strategic delivery platforms, either the Tupolev Tu-95 or the Tu-160,” explains IHS Jane’s Defence Weekly.