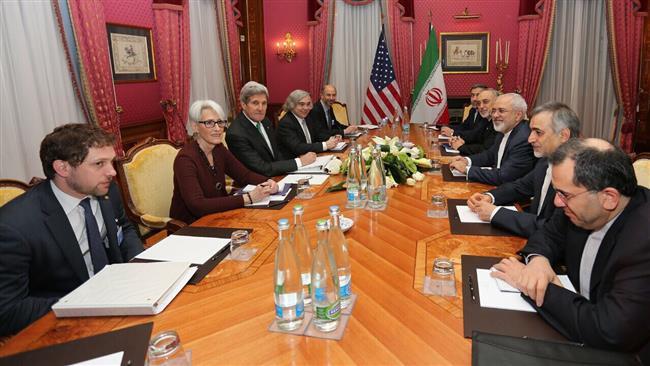 Iran’s deal should be subject to UN approval: Source

A final deal between Iran and the P5+1 group of countries on Iran’s nuclear program should be endorsed under the Chapter VII of the United Nations Charter, a source close to the talks between the two sides says.

According to the source on Wednesday, if Iran and its opposite sides in the negotiations want to strike a binding comprehensive accord, they should try to obtain the required approval from the United Nations, so that the terms of the agreement could not be violated in the future.

The unidentified source said putting the deal under a UN oversight and have it approved by a UN Security Council resolution is the “main request of the Islamic Republic of Iran from its negotiating sides.”

He added that such a move by the Security Council would also guarantee the removal of the unfair sanctions which were imposed on Iran under the terms of Chapter VII of the UN Charter.

“A resolution [by the Security Council] under Chapter VII will naturally be a part of the comprehensive solution,” he said, adding that if the final deal is not adopted as a UNSC resolution, “it would be useless and would fail to change the system set up by previous Chapter VII resolutions.”

The official denied that Iran’s insistence on the issue had anything to do with a recent letter by some Republican senators, who tried to sabotage a potential deal on Tehran’s nuclear activities.

In an unexpected move on March 9, 2015, 47 Republican senators issued a desperate warning to the Iranian officials on the validity of a potential nuclear deal, describing such an agreement as “nothing more than an executive agreement” which could be cancelled by the next US president “at a stroke of a pen.”

Iranian Foreign Minister Mohammad Javad Zarif recently elaborated on Iran’s intention to subject a potential deal with the P5+1 states to a UN endorsement, so that future governments of the parties to the deal could not change it.

A “resolution under Chapter VII of the UN charter is an international and binding treaty for all the member states,” Zarif said in an interview with Persian-language Seda magazine.

Zarif said once the countries strike a deal, that deal should be approved and confirmed by the United Nations Security Council, adding that in such a situation, “any deal is binding for the current US government and for the future US governments.”

Officials in the United States, one of the major parties to the talks with Iran, have declared that they have no intention of using the UN to cement the Iran deal.

Jen Psaki, a spokeswoman for the US State Department, said Thursday that Washington seeks a nonbinding deal in order to keep Congress out of the debate in the near term.

Iran and the P5+1 countries – the United States, Britain, France, China, and Russia plus Germany – are seeking to seal a comprehensive nuclear deal by July 1.