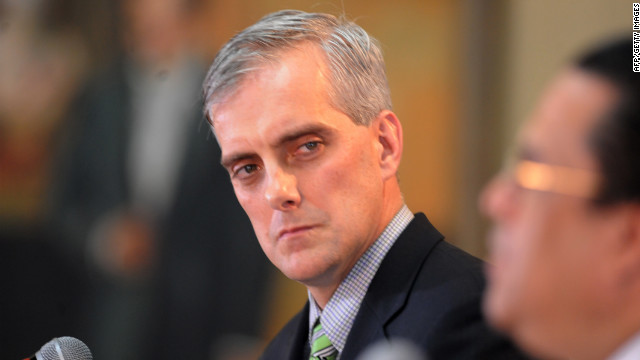 Congress organizing to kill an Obama Iran deal, despite chief of staff’s plea

McDonough warned Congress against taking on the power to approve or disapprove the Iran agreement should one be reached.

Senate Republicans are considering a new bill that empowering Congress vote to approve or disapprove the Iran talks now, before Obama has had a chance to conclude them, the Boston Globe reported.

The Administration considered this GOP move so dangerous, Obama’s chief of staff Denis McDonough sent a letter to the Republican chairman of the Senate Foreign Relations Committee, Bob Corker, asking Congress to give Obama and his negotiating partners the opportunity to at least conclude the talks with Iran.

As a concession, McDonough acknowledged that Congress would be the arbiter of such an agreement, deciding whether the White House could end the statutory sanctions on Iran.

McDonough warned Congress against taking on the power to approve or disapprove the Iran agreement should one be reached. Indeed, such a move would diminish the president’s ability to rule effectively as chief executive.

It appears that Obama is near a deal with Iran limiting its nuclear capacity. It also seems that many in the GOP camp are eager to deny the president this victory.

Florida Sen. Marco Rubio—who was among the 47 senators who signed a letter to Iranian leadership last week warning them that Congress could kill the deal—has announced that as president he would “absolutely” defy European allies in order to revoke an Iranian nuclear deal left by President Barack Obama.

Rubio, who is expected to announce his run for the Republican presidential nomination, says he “should not be bound” by the potential Obama deal, even if the Europeans had co-signed it.

“The United States, although it’s less than ideal, could unilaterally re-impose more crushing and additional sanctions,” Rubio told the AP Tuesday, saying he would “use the standing of the United States on the global stage to try to encourage other nations to do so.”