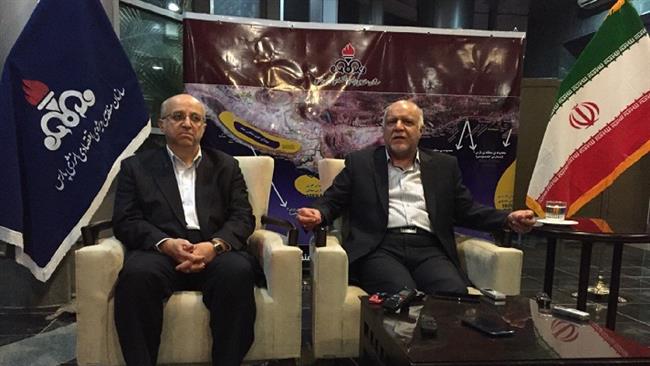 Iran says it is ready to increase its oil exports by one million barrels per day a few months after the sanctions against the country are lifted.

“The increase in Iran’s crude export will not decrease oil prices,” Iran’s Minister of Petroleum Bijan Namdar Zangeneh was quoted as saying by IRNA.

“We seek to remove the cruel sanctions which have violated the rights of the Iranian nation,” Zangeneh said, adding that the country has managed to launch 7 phases of South Pars gas field despite the unilateral sanctions.

The United States and the European Union have imposed several rounds of economic sanctions on Iran in a bid to stop the country from pursuing its peaceful nuclear program. Iran has repeatedly challenged the legality of the sanctions as the country has performed its obligations under the international treaties on nuclear activities.

Earlier this month, Government spokesman Mohammad Baqer Nobakht said Iran has not received yet $7.8 billion in revenues from the sale of its crude oil in recent months.

Iran’s oil customers are mainly China, India, Japan, South Korea and Turkey but US and European sanctions are preventing international banks from transferring money to the Islamic Republic.

Those clients have cleared some of Iran’s oil dues under a payment mechanism agreed between Tehran and the P5+1 group of countries as part of a temporary nuclear deal.

Iran’s crude oil exports should remain in the range of 1 million to 1.1 million barrels per day under that arrangement. The revenues are deposited in an escrow account which Iran may use to buy goods.

Nobakht said oil revenues in the past 12 months had totaled $52.8 billion at the official rate of the US dollar.

Under the terms of the temporary nuclear agreement, Iran has received several billion dollars of frozen oil revenues in installments.

Foreign oil giants have expressed interest in returning to Iran’s projects as sanctions targeting the Islamic Republic’s energy sector are widely hoped to be eased as a result of Tehran’s nuclear talks with six world powers for a final accord.