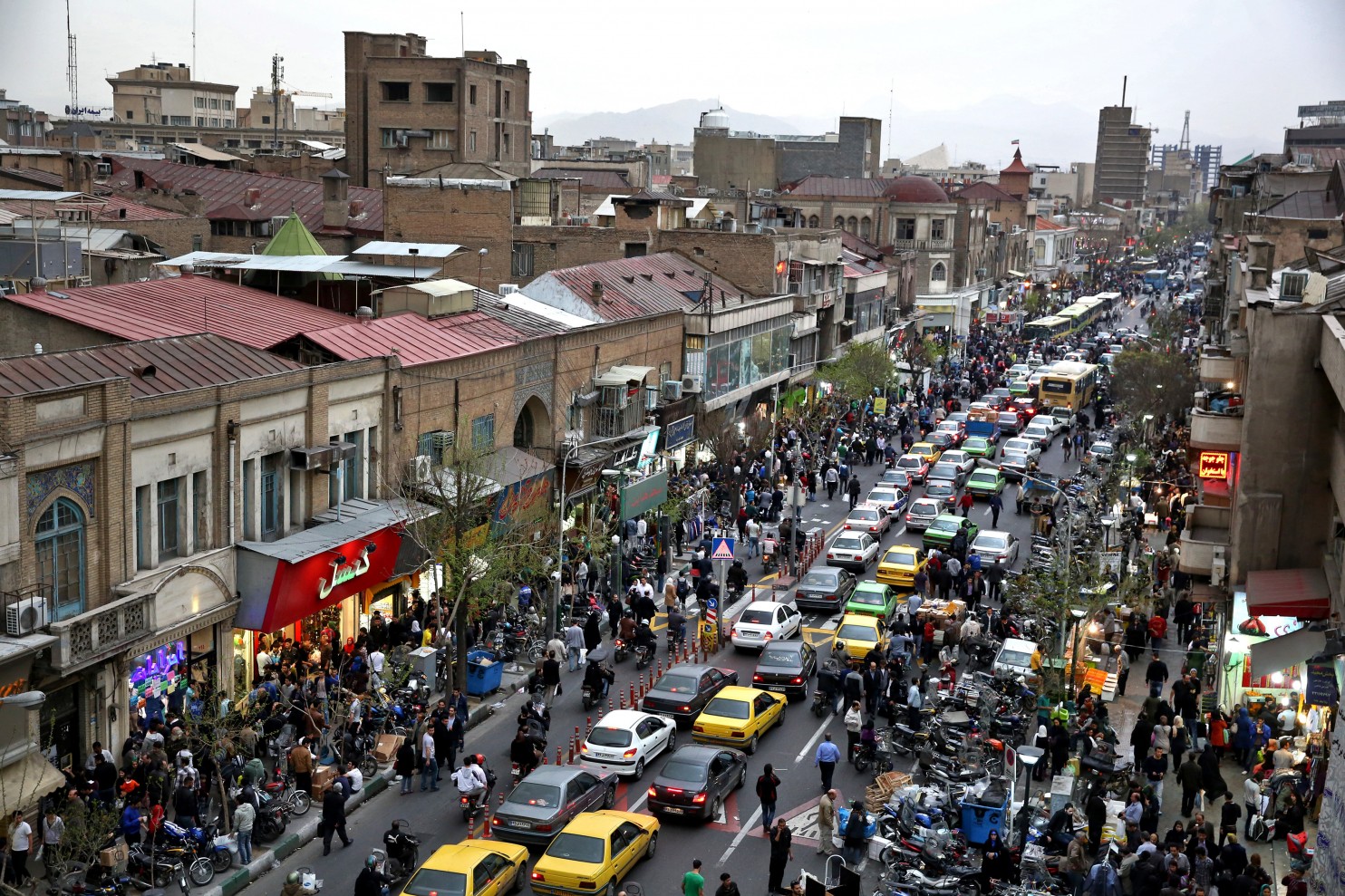 A commercial street in downtown Tehran is shown ahead of the Iranian New Year, or Nowruz, which marks the first day of spring and the beginning of the year on the Iranian calendar. (Ebrahim Noroozi/AP)

TEHRAN – Iran is preparing for its New Year, which marks the peak of holiday seasons in the country of almost 78 million.

The New Year celebrations in Iran last for the first 13 days of spring which start on March 21. Although many state institutions and all banks open after a holiday of five days, travel peaks during this time as schools remain closed.
The joy of the mass travel season is not without its calamities as road accidents and travel hazards also peak during this time. To minimize the damage, involved Iranian officials and personnel, such as traffic police as well as health and safety personnel remain on high alert.
The newly appointed police chief Hossein Ashtari told reporters on Monday that his office have set up 6,000 traffic surveillance camera and speed traps to help decrease speed related mishaps.
Road maintenance and safety organizations, the fire department, the Red Crescent (a version of the Red Cross in Muslin countries), medical emergency units, the traffic and law enforcement police took part in the maneuvers ahead of the New Year holidays.
Ashtari said the units would provide the safety and security of 200,000 kilometers of roads in over 500 cities across the country.
According to Ashtari, road and traffic accidents have plummeted to record lows in the past four years, thanks to the implementation of more rigid traffic rules, as well as the growing collaboration of people and involved parties with the police.
Also addressing the same exercise on Monday, Health Minister Seyed Hassan Hashemi announced the presence of 15 emergency helicopters, 2 sea ambulances, and 4,270 ambulances to ensure the fast transfer of those injured in possible road accidents to hospitals.
Hashemi also said his ministry would have extensive scrutiny over food market places and restaurants to ensure the safety of food provided to travelers.
By Tehran Times
Iranian culture, Iranian people, New Year travels in iran, Nowruz, Nowruz traditions in Iran, Persian new Year, Quoted March 17, 2015
Ted Cruz calls on next president to ‘repudiate’ Iran deal
Iran, Syria sign economic cooperation agreements