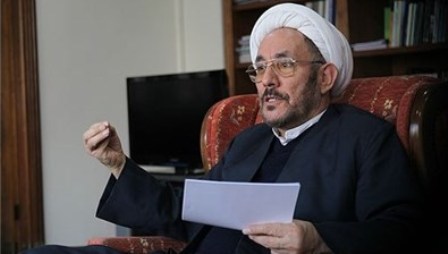 ERBIL, Kurdistan Region – Nearly a third of Iran’s parliament has called on Iran’s president to dismiss one of his vice presidents for claiming that “all of the Middle East is Iranian.

Iranian media reports said Sunday that 109 MPs in the 290-seat parliament had written to President Hassan Rouhani, asking him to fire Ali Younesi, his advisor for ethnic affairs and religious minorities.

Younesi’s remarks would fuel “fear of Iran, (and) the Islamophobia that the enemies of the Islamic revolution have been pointing to in their media time and again,” the MPs said in their letter.

Media reports quoted them as saying that from the time he assumed his position Younesi has followed an “inflammatory and divisive” agenda.

The letter called on the president to fire his advisor because “he insists on his wrong position.”

At a forum in Tehran earlier this month Younesi declared that “all of the Middle East is Iranian,” causing alarm around the Arab world and beyond, especially in Saudi Arabia and Lebanon.

“At the moment Iraq is not only the bastion of our civilization, it is also our identity, culture and capital and this is true now as in the past,” Younesi said in his speech.

“The geography of Iran and Iraq cannot be divided,” said Younesi, a former intelligence minister, speaking at a forum titled “Iran: nationality, history and heritage.”

His remarks came only days after Saudi Arabia’s foreign minister expressed alarm that “Iran is taking over Iraq.” Iran exercises immense influence in neighboring Iraq, with some of its top military commanders known to be directing the fighting against Islamic State (ISIS) militants.

Following Younesi’s comments – which his defenders said had been misinterpreted — the Lebanese government summoned the Iranian ambassador in Beirut for an explanation.

Iran’s National Security Advisor Ali Larijani told a Kuwaiti TV channel that Younesi’s words had been mistranslated and that the vice president “had only raised the issue of cultural harmony.”