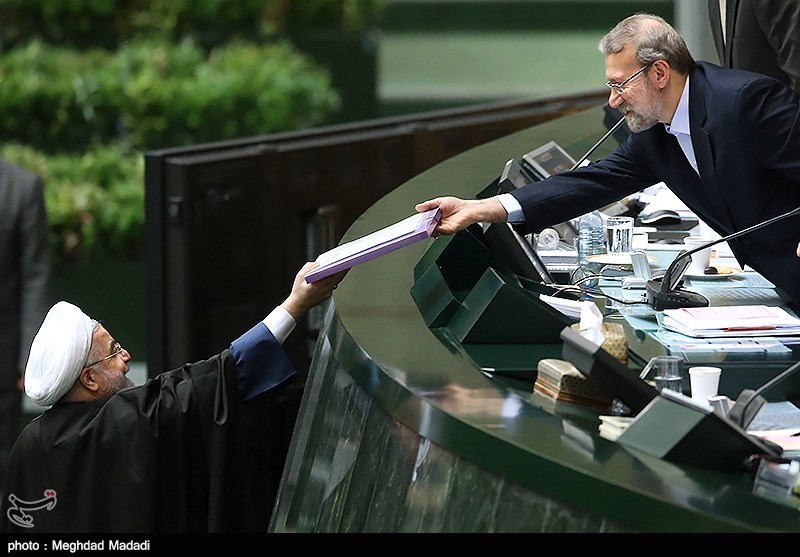 Iranian Guardian Council approved next year’s budget plan and the parliament communicated it to the government on Mar. 17, 2015.

Tehran, March 17, IRNA – Iranian Guardian Council approved next year’s budget plan and the parliament communicated it to the government on Tuesday.

Iranian lawmakers made modifications to the budget plan required by the Guardian Council for ambiguity on source of the expenditure envisaged for the next year.

The overall budget for next year shows a 4% growth compared with that of the current year.

MPs have already said that dependency on oil exports in the overall budget bill has dropped to 25%.

The government has planned to increase non-oil exports in a bid to slash reliance on oil revenue.

Government spokesman said that the country’s overall budget for the next Iranian year (to start on March 21) has been devised without taking account the outcome of nuclear talks.

He noted that the government has proposed the budget plan exclusively on the basis of the existing resources, not of the achievable revenues brought by a possible final nuclear deal.

He reiterated that the Iranian negotiators will not retreat from Iranian legitimate rights.

He said that the government is responsible for administration of the national affairs independent of the “arrogant governments’ bullying and the “inhumane sanctions”.