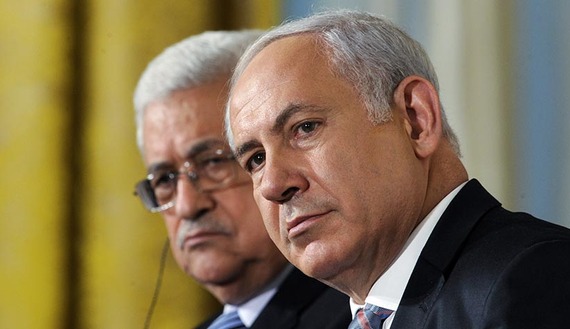 Benjamin Netanyahu declared there would be no Palestinian state if he prevails in today’s closely-fought Israeli election, the first time that the country’s prime minister has explicitly rejected such an outcome.

Breaking with years of diplomatic obfuscation on the question, he told the Israeli NRG website today: “I think that anyone who goes about establishing a Palestinian state today and vacating territory is giving attack territory to extremist Islam to be used against the state of Israel. That is the real reality that has been created here in recent years. Whoever ignores this is putting his head in the sand.”

Asked by his interviewer whether that  meant, “If you are prime minister than there won’t be a Palestinian state?’’ Mr Netanyahu replied simply: “Indeed.’’

While Mr Netanyahu’s actions have long pointed to an intention to thwart the emergence of an independent Palestine, he had previously been careful not to explicitly discount Palestinian statehood, out of deference to the sensibilities of Washington and the international community.

But following recent comments in which he implicitly negated chances for an independent Palestinian state by ruling out territorial withdrawal from the occupied West Bank, Mr Netanyahu today shifted to a more direct approach, with just hours remaining before the polls were due to open for an election that he has seemed in real danger of losing.

Trailing the rival Zionist Union list by four seats, the prime minister’s strategy in the campaign’s closing days has been to attract far-right voters back to his Likud party so that it can narrow the gap and be a credible choice to be asked by Israeli president Reuven Rivlin to attempt to form the next government. In practice this means drawing voters away from the Jewish Home party, which advocates annexing land in the occupied West Bank that the international community has earmarked for a Palestinian state.

Mr Netanyahu warned of “dangerous initiatives” after the election that would aim to force Israel to withdraw from the West Bank and divide Jerusalem. “We have to establish a nationalist government that is strong and firm headed by Likud to stave off these pressures,” he said.

In 2009 Mr Netanyahu sought to placate the new Obama administration by saying that he would accept a demilitarised Palestinian state so long as it recognised Israel as the nation state of the Jewish people. But even during negotiations with the Palestinians last year his government kept expanding Israeli settlements on the territory where the Palestinian state was due to be be created,

If Mr Netanyahu wins the election, his explicit rejection of Palestinian statehood will be another source of friction in relations with Washington, already strained over his opposition to an agreement on Iran’s nuclear programme.

The Zionist Union reacted sharply yesterday to his move. “Netanyahu has now admitted he was tricking Israeli and world public opinion when he spoke of a Palestinian state. He didn’t mean it at the time,’’ said Zionist Union MP Nachman Shai. Abdullah Abdullah, a Palestinian legislator who supports President Mahmoud Abbas, said: “Netanyahu is fishing for more votes from extremist and fascist Israelis. But whether he wins or not, no Israeli government can defy the right of the Palestinians to be free and independent in their own land.”