Tom Cotton seems confused about the basic geography of Iran

Sen. Tom Cotton (R-AR) stood by his decision Sunday to send a letter on a burgeoning nuclear deal directly to Iranian leaders. He insisted on Face the Nation that “Iran’s leaders need to hear the message loud and clear” that an Obama-brokered deal might not last past the end of his administration without congressional approval, despite a stern letter from the White House Sunday night urging senators to hold off on congressional intervention.

But when asked by Face the Nation’s Bob Schieffer what better outcome Cotton expects if a White House-led deal falls through, Cotton seemed to make a key geographic mistake, suggesting that Tehran, the capital of Iran, might be controlled by anyone other than Iranian leaders:

Schieffer: What do you want to happen here? What is your alternative here? Let’s say that the deal falls through, then what?

Cotton: Well as Prime Minister Netanyahu said, the alternative to a bad deal is a better deal. The Iranians frequently bluff to walk away from the table. if they bluff this week, call their bluff. The Congress stands ready to impose much more severe sanctions. Moreover we have to stand up to Iran’s attempts to drive for regional dominance. They already control Tehran increasingly they control Damascus and Beirut and Baghdad and now Sana’a as well. They do all that without a nuclear weapon. imagine what they would do with a nuclear weapon.

Schieffer went on to ask Cotton whether he had any regrets at all about the letter. So he didn’t clarify with Cotton what he meant by his comment that Iran has “control” of its own capital.

But several on Twitter noticed the gaffe and questioned Cotton’s Harvard credentials: 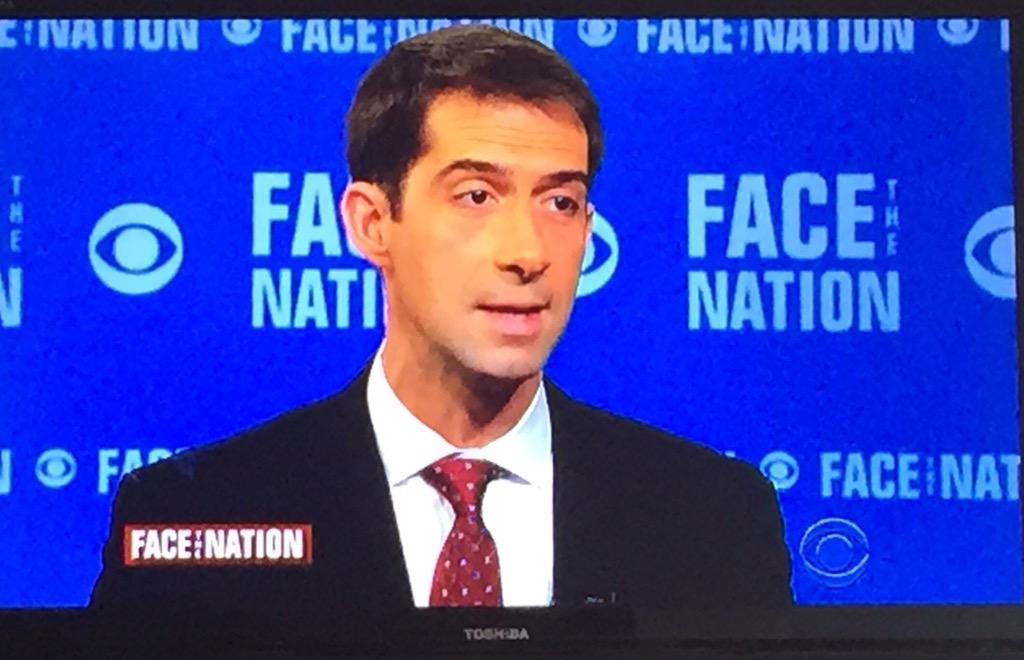