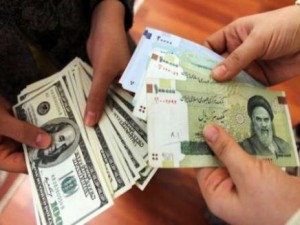 An Iranian who is living in between the United States and Iran in California told Breitbart News in an exclusive interview that he and many other Iranians who are nationals of the Islamic Republic are selling their U.S. assets in order to increase the supply of U.S. dollars inside of Iran and to help stimulate their country’s economic growth.

“Iranians living here [in America] can seize the opportunity to park their money in Iran while it [the Iranian rial] is strong today. Markets inside Iran have started reacting positively to the good news for the Iranians of a prospective deal by next week,” he said.

“Iranians are selling their dollar-based assets in the USA because it could buy more rials today than in six months time.”

He noted that the exchange rate was “35,700 rials for every dollar two weeks ago and today [Saturday] the rate was 32,300 per each dollar,” which translates to a 7% appreciation of the Iranian rial against the U.S. dollar.

The information comes as U.S. Secretary of State John Kerry heads to Switzerland for another round of talks with his Iranian counterpart, Mohammad Javad Zarif. The source told Breitbart News that he believes a 10-year deal will likely be struck with Iran over the course of the next week or so and that if the deal happens, approximately $100 billion of Iranian assets that have been blocked over the past few years, will be released.

“They feel a deal is imminent and that they are better off investing in the Iranian rial.” He gave the example of teachers, and upper and middle class workers, many of whom had transferred portions of their paychecks into U.S. dollars as a sort of insurance measure and now feel it is time to reinvest in Iranian capital.

He noted that poverty in Iran was exacerbated under the presidency of Mahmoud Ahmadinejad, who created artificial inflation and a perceived high demand by granting government subsidies for key consumer goods such as food, gasoline and heating oil. A 2011 estimate says that half of Iran’s urban population (up to 55%) lived below the poverty line.

Next week, on March 21, is the Iranian new year (“Nowruz”), and the source told Breitbart News, based on his own contacts among official sources in Iran, that he expects the official rate to start from 28,500 rials — although that value is variable based on what the free market is doing. “Over the next few months, [Hassan] Rouhani wants to close the gap between the official and free market rates by unifying them to have one single price for the foreign currency,” he said.

The source pointed out to Breitbart News that the United Nations has already begun the process of lifting several sanctions that have been imposed on Iran since 2006.