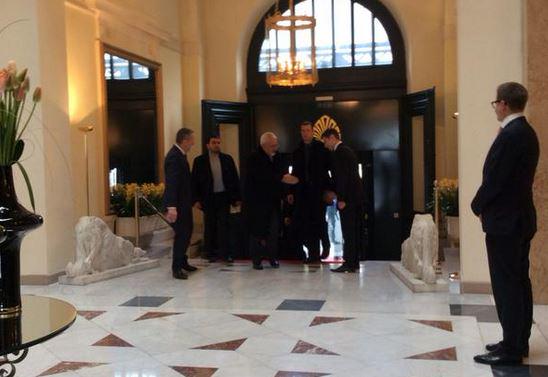 Tehran, March 15, The Iran Project – Iranian nuclear negotiations arrived in Lausanne, Switzerland, on Sunday for the new round of talks with the US and European Union delegations.

Head of Atomic Energy Organization of Iran Ali Akbar Salehi is accompanying the diplomats similar to the two previous round of talks.

Foreign Ministry deputies Abbas Araqchi and Majid Takht Ravanchi will sit at the talks with the European Union Deputy Helga Schmidt and the US Under-Secretary of State Wendi Sherman in the afternoon.

Zarif is to meet the EU Foreign Policy Chief Federica Mogherini in Brussels upon her invitation on Monday.

He will hold a special meeting with the foreign ministries of Germany, France and Britain Frank-Walter Steinmeier, Laurent Fabius and Philip Hammond respectively.

Iran FM will be back to Switzerland on Tuesday to join the negotiating team.

Ali Akbar Salehi and the US Secretary of Energy Ernest Moniz will be discussing issues in Lausanne as well.

Also, The new round of talks is expected to last till March 20.