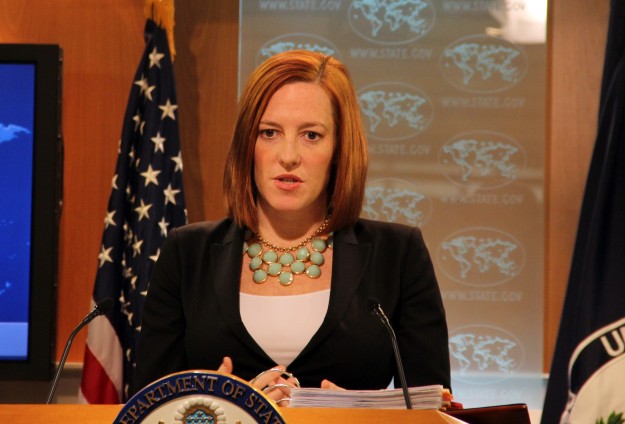 US State Department spokeswoman Jen Psaki has said that the United Nations Security Council would endorse any final nuclear agreement between Iran and the P5+1 group.

“We would anticipate that, if we’re able to reach a joint comprehensive Plan of Action between the P5+1 and Iran, an endorsement vote would be held by the UN Security Council,” Psaki told reporters on Friday.

She added that Washington’s unilateral restrictions imposed against Tehran would be in place, even if the UN Security Council decides to ease its sanctions on the country.

Iran and the P5+1 group — the US, Britain, France, China, Russia, and Germany — are currently working to complete the outlines of a nuclear deal by the end of March after they reached an interim agreement in November 2013.

The two sides have by the end of June to clinch a final agreement.

A new round of talks between US Secretary of State John Kerry and Iranian Foreign Minister Mohammad Javad Zarif is expected to take place in Lausanne, Switzerland on March 15.

Last week, President Obama reiterated that Iran has abided by the terms of the interim nuclear agreement.

“I think it is fair to say that there is an urgency because we now have been negotiating for well over a year and the good news is that during this period, Iran has abided by the terms of the agreement,” Obama said.

He noted that the current nuclear negotiations have reached a point where political decisions should be made in order to reach a final deal because technical issues are resolved.

“I would say that over the next month or so, we’re going to be able to determine whether or not their system is able to accept what would be an extraordinarily reasonable deal, if in fact, as they say, they are only interested in peaceful nuclear programs,” Obama said.