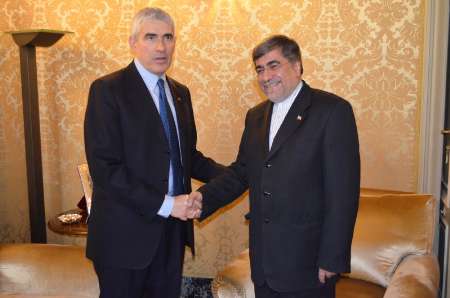 Rome, March 14, IRNA – Chairman of the Italian Senate’s Foreign Policy Commission Pier Ferdinando Casini in a meeting with Iran’s Minister of Culture and Islamic Guidance Ali Jannati on Saturday said that Iran is a big player in regional developments and should play its significant role in solving the problems of humanity.

Iran plays a leading role in the fight against Daesh Takfiri terrorists and terrorist states and the commitment of the country to the anti-terrorism campaign is of prime importance to help restore peace.

‘In the middle East we are in dire need of Iran to deal with the ongoing developments in Iraq, Syria, Lebanon, Palestine, Yemen as well as Daesh Takfiri terrorist group,’ he said.

‘We are now closing ranking between Iran and the international community and hope Geneva talks wouldl bear fruits,’ he said.

‘We need a much more active role by Iran along with the International community in the fight against terrorism and state terrorists, he said, adding that we know there will be a big game in Geneva which should end with a positive result,’ he said.

Referring to signing of a memorandum of understanding (MoU) on expansion of cultural relations between Iran and Italy, he said it is believed that relations between the two countries would be bolstered in the future thanks to the efforts of the both sides.

During his three day stay in Italy, the Iranian minister conferred with a number of high ranking officials on issues of mutual interests as well as expansion of relations and cooperation between Tehran and Rome.

He also took part in the special ceremony makring the opning of Iran’s Film Week.

Prior to leaving Rome for Tehran, Jannati will take part in the opening ceremony of Iran’s cultural exhibition Sunday afternoon.