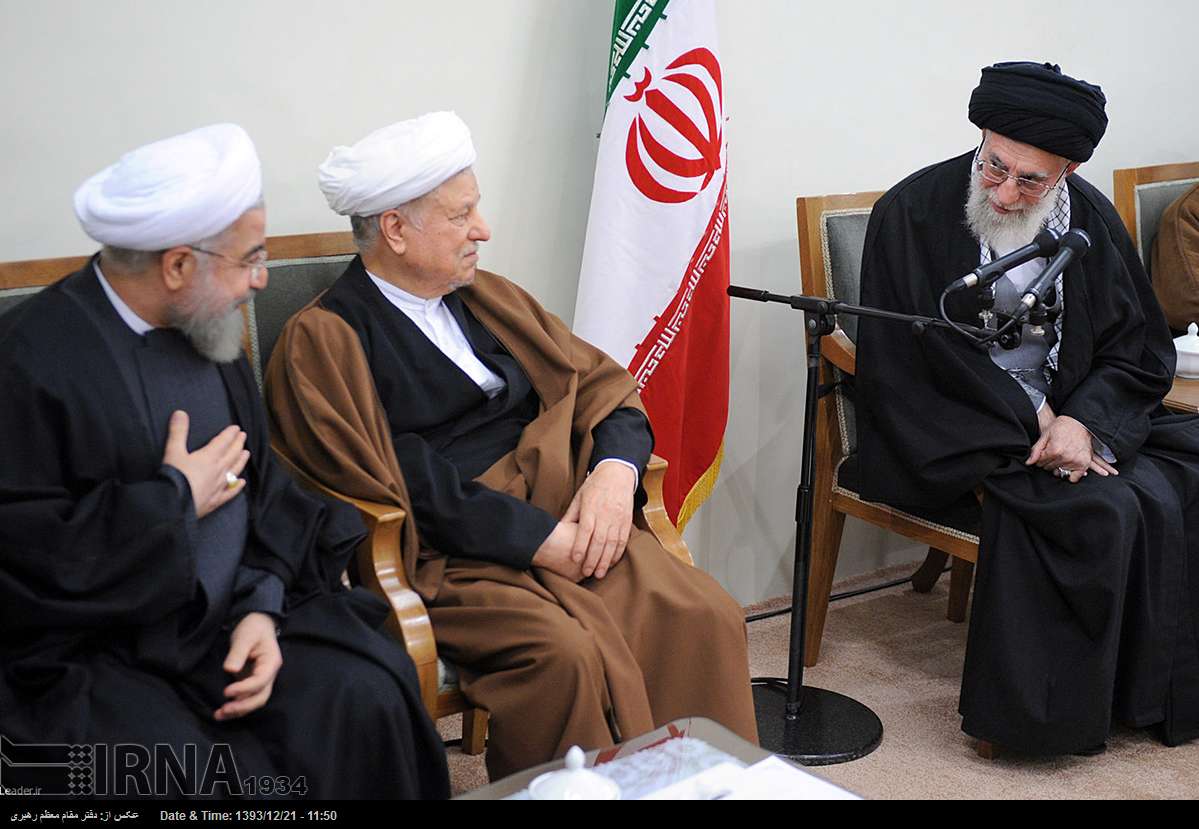 Supreme Leader asks for logical solution to US’ anti-Iran challenges

Tehran, March 12, IRNA – Supreme Leader of Islamic Revolution Ayatollah Seyed Ali Khamenei said in Tehran on Thursday that a logical solution should be found for the challenges the US and certain European states pose to Iran in connection with the nuclear issue.

Addressing the Experts Assembly members, Ayatollah Khamenei said, ‘The current challenges and problems should be looked into free from any superficiality, hence reaching a logical solution.’

The Supreme Leader mocked claims of the enemies of the Islamic Republic establishment that they did not follow regime change, rather they wanted the Islamic Republic of Iran change its attitude. ‘By change in behavior of the establishment they mean Iranian nation abandons using ultimate means for movement towards materialization of its aspirations and full implementation of Islam. The goal should in fact be interpreted as regime change and detaching essence of religion from general movement of the Islamic establishment.’

Elsewhere in his remarks, Ayatollah Khamenei recalled sanctions imposed on Iran and said a careful look into the sanctions shows that the main reasons the nation is suffering from sanctions are independence of the country on oil, state-run economy and non-participation of the public in the economic domain.

The Supreme Leader then touched on claims that the ‘powerful individuals need not playing tricks’ and said certain people falsely think that the US, having so much political, economic, and military power, needs not playing a trick and doing mischief but contrary to the idea Americans are in dire need of deception and playing a trick and they are now doing the same, something which makes us worried.

The Iranian top official then cautioned the nation to be watchful of Americans’ tactics and said Americans usually make their tone tougher and harsher on the eve of the end of time for talks to materialize their goals and all should be careful with the trick.

The Supreme Leader said Americans and their allies in the region have nurtured the most hostile and rude terrorists such as Daesh and the like, continuing to support them, while alleging Iranian nation and the Islamic establishment of getting engaged in such tasks.

Also referring to the US blatant support for the forged Zionist regime, Ayatollah Khamenei said Washington supports in an ugliest possible form a government, which has formally acknowledged to taking terrorist actions, while leveling charges against the Islamic Republic of Iran.

‘The Islamic Republic of Iran officials do know their job pretty well and do know how to act in case of reaching agreement so much so that the US government will not deny it.’