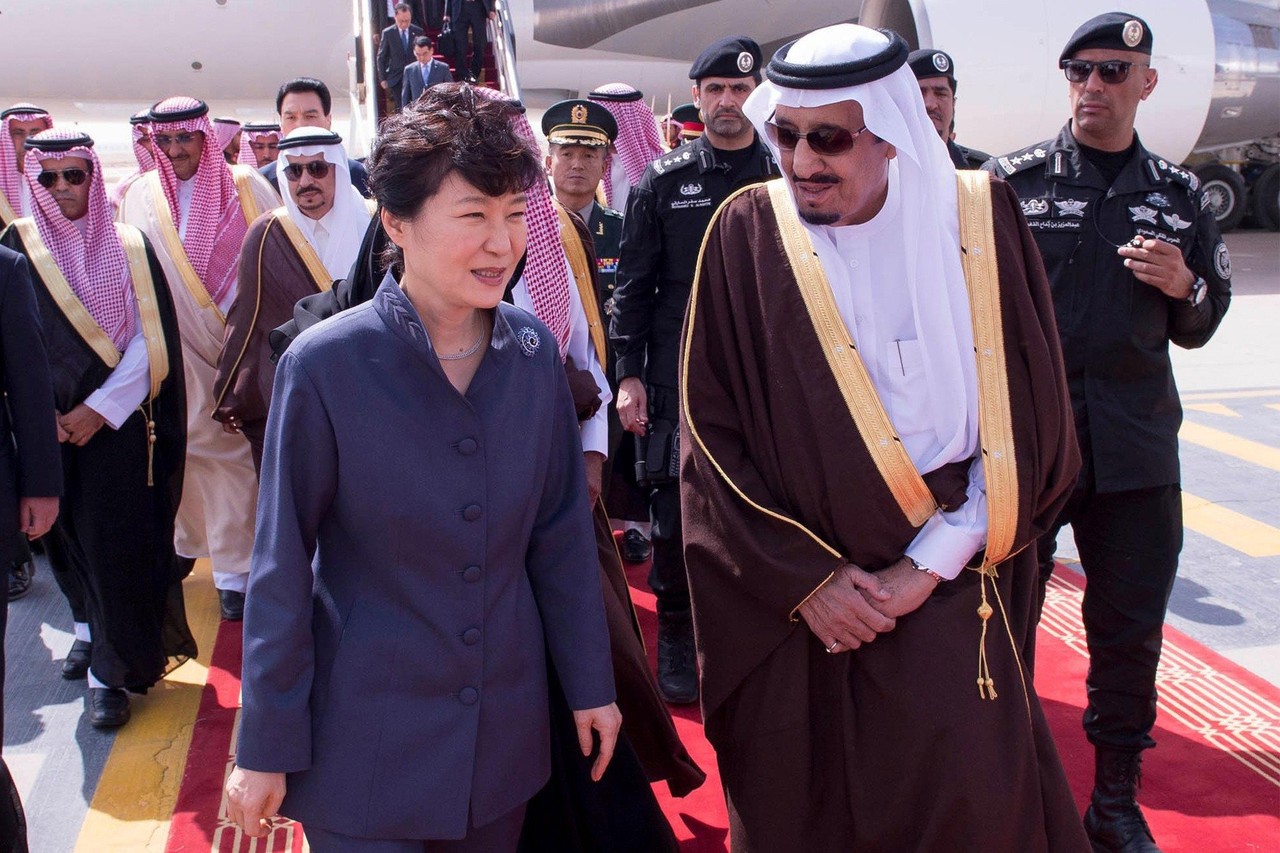 That agreement, along with recent comments from Saudi officials and royals, is raising concerns on Capitol Hill and among U.S. allies that a deal with Iran, rather than stanching the spread of nuclear technologies, risks fueling it.

Saudi Arabia’s former intelligence chief, Prince Turki al-Faisal, a member of the royal family, has publicly warned in recent months that Riyadh will seek to match the nuclear capabilities Iran is allowed to maintain as part of any final agreement reached with world powers. This could include the ability to enrich uranium and to harvest the weapons-grade plutonium discharged in a nuclear reactor’s spent fuel.

Several U.S. and Arab officials have voiced concerns about a possible nuclear-arms race erupting in the Middle East, spurred on by Saudi Arabia’s regional rivalry with Iran, which has been playing out in Syria, Iraq, Lebanon and Yemen in recent months.

“The proliferation of nuclear technologies is a nightmare the White House would like to discount rather than contemplate,” said Simon Henderson of the Washington Institute for Near East Policy, a Washington think tank. “This is more than just an imaginary threat.”

The memorandum of understanding between Saudi Arabia and South Korea includes a plan to study the feasibility of building two nuclear reactors worth $2 billion in the Arab country over the next 20 years, according to Saudi state media.

Current and former U.S. officials said there is particular concern about Saudi Arabia’s decadeslong military alliance with Pakistan, a nuclear-armed state with a history of proliferating military technologies.

A number of senior Arab officials have warned the White House in recent months the Saudi government could seek Pakistan’s aid in developing nuclear technologies—or even buy an atomic bomb—if it sees an agreement with Iran as too weak. Saudi officials have told successive U.S. administrations they expect to have Pakistan’s support in the nuclear field, if called upon, because of the kingdom’s massive financial support for the South Asian country.

“The Saudis privately say they can get help from Pakistan,” said Robert Einhorn, a former senior State Department official in the Clinton and Obama administrations, who took part in negotiations with Iran. “I’ve never seen evidence, though, that there is a formal understanding.”

A U.S. diplomatic cable from December 2007, published by WikiLeaks, quoted Pakistan officials saying it was “logical for the Saudis to step in as the physical ‘protector’ ” of Sunni countries in response to the threat posed by Iran, a Shiite-majority nation. Saudi Arabia, unlike Egypt, another Arab power, has the finances to develop a nuclear-weapons arsenal, the Pakistanis argue.

“Pakistan and Saudi Arabia are friends of last resort,” said Husain Haqqani, a former Pakistani ambassador to the U.S., now at Washington’s Hudson Institute. “And while there is nothing in the public domain to document Saudi Arabia’s and Pakistan’s cooperation, it wouldn’t be something beyond the breadth of the relationship.”

Members of the Saudi royal family and government have been critical of the Obama administration’s negotiations with Iran that are aimed at concluding a deal to constrain Tehran’s nuclear program by a late March deadline.

U.S. officials say Tehran will be allowed to maintain the technologies to produce nuclear fuel as part of any agreement, though in a limited capacity and under strict international monitoring. The enrichment of uranium can be used by a country both to create fuel for a nuclear reactor, but also the fissile core of an atomic bomb. 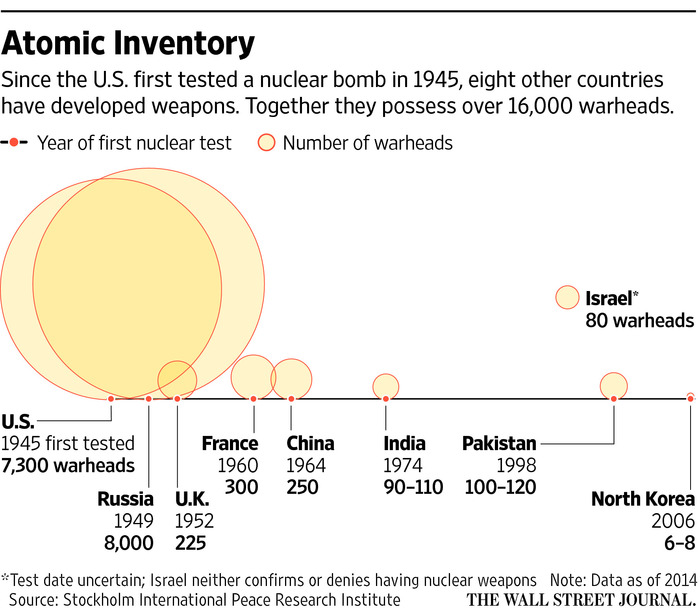 Administration officials said they are in close consultations with Saudi Arabia and other leading Arab states about the Iran diplomacy. “Given Iran already has the technical capability, our goal has always been to get to the one-year breakout time and cut off the four pathways under a very constrained program,” said a senior U.S. official. “That is much less of a proliferation risk than not getting to a negotiated agreement where we do all those things.”

Secretary of State John Kerry visited Riyadh last week and met the foreign ministers of the six Arab states who make up the Gulf Cooperation Council.

The White House says a deal with Iran will place the first significant restraints on Iran’s nuclear program, which has been on the verge of producing weapons-grade uranium. They said the U.S. is seeking to guarantee Tehran remains at least a year away from having enough fissile material for a single nuclear weapon.

In 2010, Saudi Arabia established the King Abdullah City for Atomic and Renewable Energy, commonly known as K.A. Care, to develop alternative energy sources as the kingdom attempts to diversify its energy mix. Both the late King Abdullah and Saudi Arabia’s new monarch, King Salman, have pledged to move their country away from a dependence on oil.

K.A. Care, a government agency, says on its website that it aims to generate 17.6 gigawatts of electricity using nuclear power by 2032, through up to 16 new reactors.

“Saudi Arabia will only deploy the most advanced and thoroughly tested technologies paying maximum attention to safety, security and safeguards of the highest international standards when installing its planned nuclear reactors,” K.A. Care says on its website.

Riyadh and Buenos Aires formed a joint-venture company, called Invania, specifically focused on developing nuclear power. Saudi Arabia and the U.S. have also held talks on signing their own agreement that would allow American companies to sell nuclear reactors and fuel to the Arab state. But these negotiations stalled due to the tough terms the Obama administration has been trying to enforce, according to officials involved in the diplomacy.

The White House signed a nuclear-cooperation agreement with the United Arab Emirates in 2009 that explicitly bans the country from developing the technologies needed to enrich uranium and reprocess spent reactor fuel. The deal was seen as a major step in advancing U.S. efforts to stop the spread of these dual-use technologies.

Saudi Arabia, however, has so far balked at accepting similar terms. “We’ve been pressing them to agree not to pursue a civilian fuel cycle, but the Saudis refuse,” said Gary Samore, who was the White House’s top official working on nuclear issues during President Obama’s first term.

Current and former U.S. officials stressed Saudi Arabia would face significant technical and legal barriers if it attempted to either buy or develop the technologies required to produce weapons-usable fuel.

Saudi Arabia isn’t believed to have significant numbers of nuclear scientists. And American allies, such as South Korea and France, are prohibited from selling enrichment and reprocessing equipment to Riyadh because of their own cooperation agreements with Washington.

“Saudi Arabia lacks the technologies and bureaucratic wherewithal” to develop the nuclear fuel cycle “any time in the foreseeable future,” wrote Colin Kahl, Vice President Joe Biden’s national security adviser, in a paper he published in 2013, before joining the White House.

Pakistan, in this context, could emerge as Saudi Arabia’s most important strategic ally, said U.S. and Arab officials.

Riyadh and Islamabad have developed close military and economic ties over the past four decades: Pakistan has previously deployed soldiers inside Saudi Arabia to bolster the kingdom’s defenses. And the Saudis have provided Pakistan with billions of dollars in financial aid both through subsidized energy shipments and direct budgetary support.

Pakistan has a history of selling nuclear technologies. The black market network developed by the Pakistani scientist Abdul Qadeer Khan was shut down in the early 2000s after it was discovered selling centrifuge equipment to Libya, Iran and North Korea.

Saudi officials declined to comment through their embassy in Washington. Pakistan’s government denied any nuclear cooperation with Riyadh. “These are all speculative media reports. No such discussions took place and the Saudi government has no such expectations from us,” said a government representative.

Current and former U.S. officials said they remained skeptical that Pakistan would directly sell or transfer atomic weapons to Saudi Arabia in response to the perceived threat of Iran. But they said they couldn’t discount Islamabad deploying some of its weapons in the kingdom, or establishing a nuclear-defense umbrella.