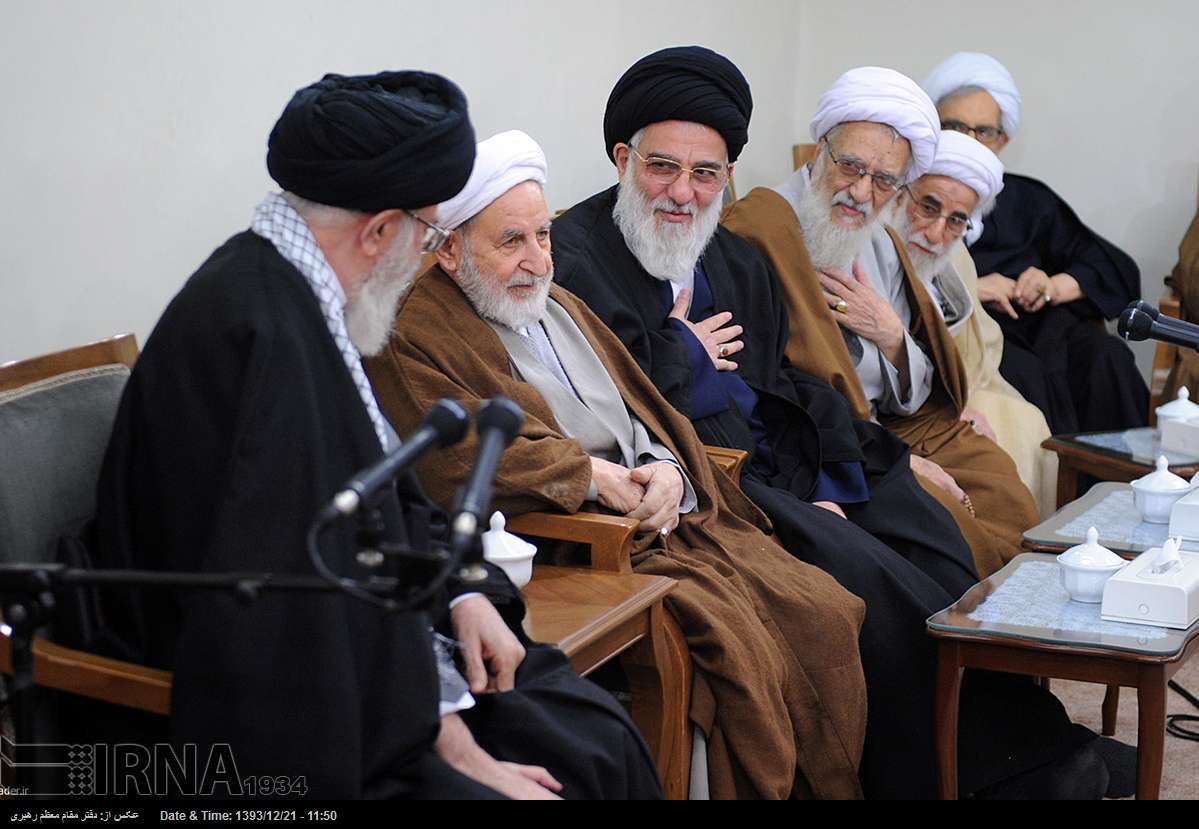 Leader of the Islamic Revolution Ayatollah Seyyed Ali Khamenei has reiterated his support for the Iranian negotiating team in talks with six world powers over Tehran’s nuclear program.

“The team assigned by [Iranian] President [Hassan Rouhani] to [attend] the talks constitute good, reliable and sympathetic individuals who are trying to secure the country’s interests,” said the Leader in a meeting with the chairman and members of the Assembly of Experts on Thursday.

Nevertheless, the Leader expressed misgivings over potential duplicity by the P5+1 in the negotiations.

“Of course, I’m concerned because the other side is into deception, trickery and backstabbing,” Ayatollah Khamenei underlined.

The Leader also noted that the letter sent by US senators to Iranian officials revealed the collapse of political ethics in the US system.

Ayatollah Khamenei then underlined that the other parties to the talks, particularly the US, adopt a harsher tone whenever the deadline for reaching a comprehensive deal approaches.

“This is part of their ploys and tricks,” said the Leader.