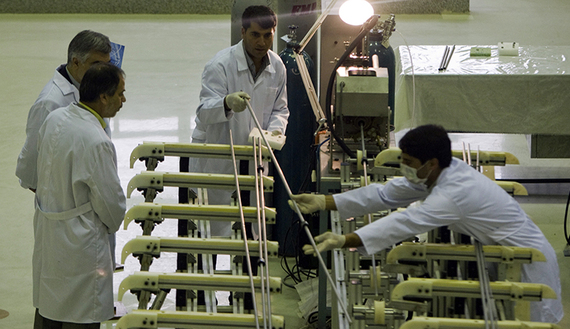 Would ‘sunset’ of nuclear deal end restrictions on Iran?

Fans and foes of the nuclear talks with Iran are offering sharply divergent views of what the not-so-distant future will look like.

To hear the Obama administration tell it, once Iran submits to rigid restrictions on its nuclear program for a decade or more, the country will still end up confined to a legal straitjacket.

“Iran is forever forbidden from building a nuclear weapon,” Secretary of State John Kerry told lawmakers at a Feb. 25 hearing. “That is the nature of membership in the Non-Proliferation Treaty which they are a member of.”

Critics counter that the international non-proliferation architecture looks more like a loose shirt baggy enough to conceal a nuclear warhead.