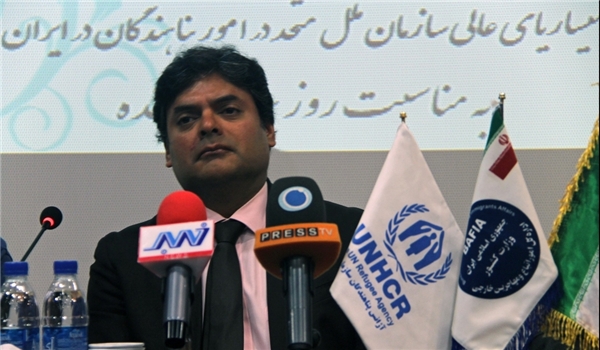 “Iran’s approach as a country hosting refugees is exemplary and it is an honor for me when I speak on behalf of Iran in international events,” Dhanapala said, addressing a ceremony in the city of Qom, Central Iran.

“I always represent Iran as its ambassador in refugee affairs most of the time when I am outside Iran and in communication with the international community,” he added.

Dhanapala noted that when Afghans came to Iran, their literacy rate was 6 percent while it has now increased to 60 percent.

In January, Dhanapala said that Iran is currently hosting the largest population of foreign refugees.

“The Islamic Republic of Iran has been hosting the largest population of refugees in world during the past 3 decades,” Dhanapala said.

He noted that the Iranian government has in various emergency conditions properly heeded its responsibilities in offering humanitarian contributions most effectively.