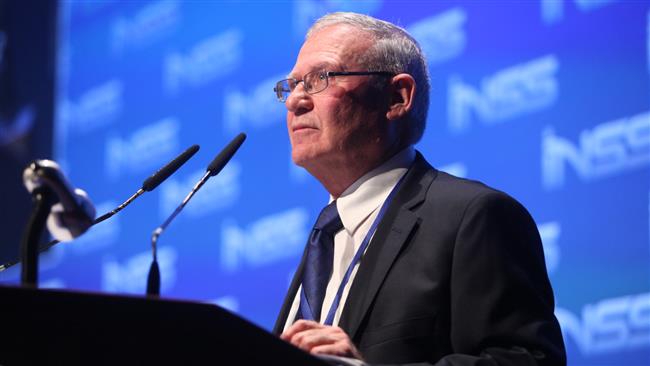 A former Israeli military intelligence chief has called for a pact with the US mandating an attack on Iran if the Islamic Republic violates the terms of a final deal over its nuclear program.

“We must develop a parallel agreement in which we, along with the Americans, establish a course of action to be taken if the Iranians violate the agreement. This pact must clarify that if the Iranians violate the agreement, Israel will be authorized to do things that, in the past, the United States did not support, such as a military assault,” Major General Amos Yadlin said on Tuesday.

The former Israeli air force general also underlined the need for the US involvement in any military strike against Iran as well as the retrieval of all sanctions against Tehran.

“And perhaps the agreement should also include an American military strike, and certainly the return of sanctions, and much heavier ones,” he said.

The Israeli regime has on numerous occasions and openly expressed opposition to talks between Iran and the P5+1 group and a final deal over Tehran’s nuclear program.

In a speech to the US Congress on March 3, Israeli Prime Minister Benjamin Netanyahu depicted Iran as a “threat to the entire world” and called on Washington not to negotiate a “very bad deal” with Tehran over its nuclear program.

“We’ve been told that no deal is better than a bad deal. Well this is a bad deal, a very bad deal, We’re better off without it,” he said.

He claimed that a final nuclear agreement with Iran will change the Middle East for the worst as “not a single [Iranian] nuclear facility would be demolished.”

In reaction to the speech, Iranian Foreign Minister Mohammad Javad Zarif said that the Israeli prime minister is trying to have a disruptive effect on the Islamic Republic’s nuclear negotiations with world powers.