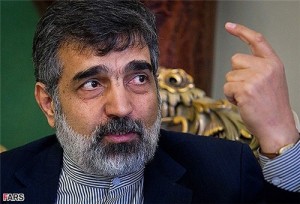 In an interview with the Moscow-based Rossiya Segodnya news agency, Mehdi Sanaei said Iran and Russia signed agreements in 2014 on the construction of the second and third units of Iran’s Bushehr Nuclear Power Plant.

He said that the two countries also signed a contract on the production of nuclear fuel last year.

According to the envoy, Iran and Russia are not expected to ink a new nuclear agreement in 2015 as they seek to implement the already-signed deals.

After signing a deal on the construction of nuclear plants in 1992, Tehran and Moscow reached an agreement in 1995 to complete Iran’s Bushehr nuclear power plant, but the project was delayed several times due to a number of technical and financial problems.

The plant became officially operational and was connected to Iran’s National Grid in September 2011, generating electricity at 40-percent capacity.

The 1,000-megawatt plant, which is operating under the full supervision of the International Atomic Energy Agency (IAEA), reached its maximum power generation capacity in August 2012.