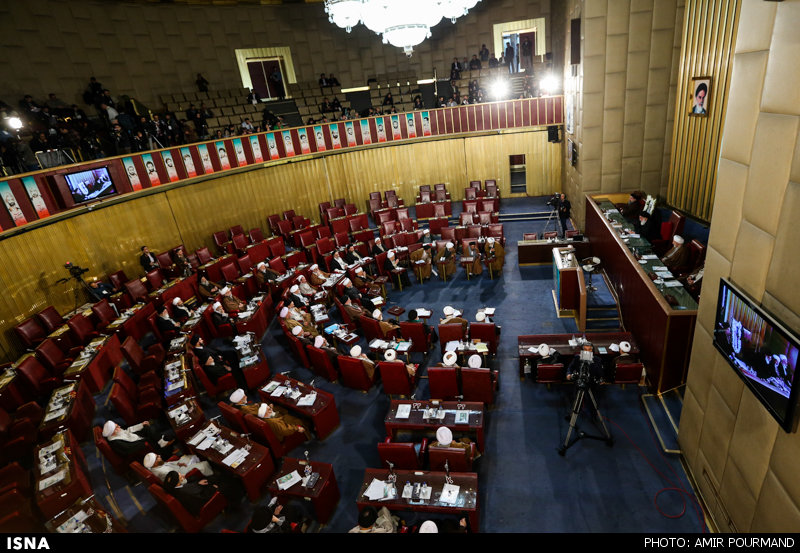 TEHRAN, March 10 (MNA) – A member of Assembly of Experts has said oil and state-owned economy are the major sources of economic plights.

Ayatollah Hashemi Shahroudi addressed the 17th session of the Assembly of Experts opening ceremony, where he paid lavish tribute to late Assembly’s head Ayatollah Mahdavi Kani as a ‘Revolutionary cleric,’ and one who served the Revolution when in time of the need.

Hashemi Shahroudi believed that hate was an inevitable and natural reaction by Iranians against threats and sanctions by the enemies. He also made passing hints to domestic partisan sentiments, saying that polarizing the country and overemphasis on politics would be ungrateful to nation.

The deputy-head of the Assembly of Experts noted that in the Islamic Revolution, “the system has in its disposal well-tested historical precedents.”

He said that the economic issues were neither an exception, nor were they more complex than other fields. “We should bring experiences in economics to other fields; the policies endorsed in the framework of Resistance Economy would show the path for economic improvement,” added Hashemi Shahroudi.

He believed that oil and state-run economy were the roots of economic plights; “economy is the key to problems. Foreign policy is effective on economic issues; however, reliance upon domestic capabilities and talents is the main candidate of bringing progress to economy,” he said.

Hashemi Shahroudi said that the Islamic Revolution sought supreme human and Islamic ideals of justice and rationality; “secularism and reactionary Islam are the products of the imperialist powers against the Islamic world; today, these two versions of Islam are active in Iraq and Syria, thus forming a triangle with two other edges being the US and Zionist regime,” he emphasized.

He also said that Takfirist interpretation of Islam sought to emaciate Islam through internecine strife and hitting the Islam off the course. “It also seeks to set aside the Palestinian issue as the most important issue of Islamic world.

On a passing hints to nuclear negotiations with world powers, Hashemi Shahroudi held that the necessities of time and situation as well as realities on the field required full support for nuclear negotiators, who, unfazed by any pressure, sought to secure the national rights of the Iranians; however, he noted that solution to the problems of the country did not hinge solely upon nuclear negotiations and a final deal.