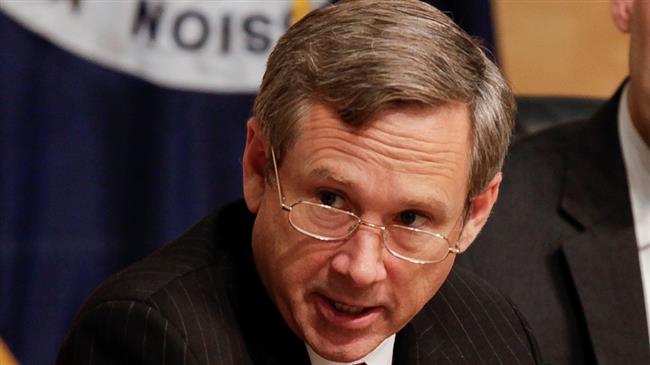 WASHINGTON — The four House Democrats from Illinois mulling a 2016 challenge to Sen. Mark Kirk, R-Ill., blasted him Tuesday for signing a letter to Iran’s leaders warning a nuclear deal with President Barack Obama may not last after he leaves office.

Just as negotiations to force Iran to curb its nuclear ambitions are part of the 2016 presidential campaign – now Iran looms as an issue as the Illinois Senate contest is taking shape and Kirk seeks a second term.

The irony of all this noise is that Republicans and Democrats are united in preventing Iran from getting a nuclear bomb.

That Illinois Democrat Reps. Robin Kelly, Tammy Duckworth, Bill Foster and Cheri Bustos hit Kirk on the letter shows that the race is on – as each one is contemplating a Democratic primary bid. I think only one of them will end up running.

Kelly said in a statement that Kirk, in signing the letter, “failed to display the party independence and policy thoughtfulness he’d promised when he said he’d work across the aisle on important matters like our national security.”

Kirk was one of 47 Republican senators who signed the letter, and it was absolutely no surprise. He’s a super hawk when it comes to stopping Iran’s quest for a nuclear bomb and thinks the Iranians are playing the Obama and European negotiating teams for fools. He thinks no deal is better than what, from his perspective, is a bad deal.

On Tuesday, former Secretary of State Hillary Clinton – at a press conference where she admitted she goofed in the handling of her emails – laid down her marker on the letter as she edges toward a 2016 run.

“Either these senators were trying to be helpful to the Iranians or harmful to the commander-in-chief in the midst of high-stakes international diplomacy. Either answer does discredit to the letter’s signatories.”

Kirk likely couldn’t care less about Clinton’s views. When it comes to Iran, his distrust of the Obama State Department runs deep.

The Obama White House and Kirk are at odds over strategy on Iran. Obama has repeatedly threatened to veto a bill Kirk co-authored calling for tougher sanctions on Iran.

The letter, put out by freshman Sen. Tom Cotton, R-Ark. – intent on out-hawking the super hawks – could pressure the Obama administration to give Congress approval on an Iran deal.

In a statement, Sen. Dick Durbin, D-Ill., called the letter a “political stunt” and “a cynical effort by Republican Senators to undermine sensitive international negotiations.”

After Kelly sent out her statement, I asked the other potential Senate candidates for their thoughts. Duckworth and Bustos did not use Kirk’s name.

Duckworth said in an email, “Those who signed this letter have set a dangerous precedent that impedes a President’s ability to conduct foreign policy and negotiate on issues of great importance to our nation.”

Bustos’ spokesman said in an email that she is “extremely disappointed in this political maneuver that she views as not only counterproductive to critical negotiations . . . but reinforces the mixed-up priorities of the letter’s signers.”

In an emailed statement, Foster cited former Sen. Arthur Vandenberg, R-Mich., who famously said we must stop “partisan politics at the water’s edge.” Foster wrote: “Republican Senators, including Mark Kirk, have forgotten that message today in their irresponsible desire to continue partisan attacks against the President.”

Based on Kirk’s reply, I surmise that in a campaign he will say his Democratic rivals don’t have enough experience to know what they are talking about. Said Kirk in an email, “As someone who has dedicated much of his adult life to issues surrounding America’s security, I will never apologize for taking a stand against a weak strategy that will only harm our nation and put future generations in peril.”