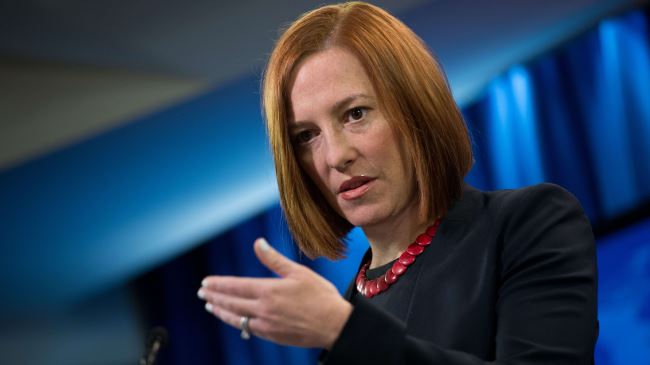 Tehran, March 10, IRNA – Spokesperson of the US Department of State Jen Psaki said on Monday that a group of the US Republican lawmakers who sent an open letter to the Iranian leaders opposing any nuclear deal between Iran and the West were to score political points.

She said that the letter was against the US Constitution and included several inaccurities.

Speaking to reporters at a briefing session, Psaki said the letter “is incorrect when it says that Congress could modify the terms of the agreement at any time.”

The Republican senators claimed in their letter that any agreement without legislative approval could be reversed by the next US president “with the stroke of a pen.”

“There are several inaccuracies in the letter about how things work,” said the spokesperson stressing that both Iranian and US officials know how things works in the ongoing nuclear talks between the two sides.

“…we all know how this works and the Iranians may know how our system works, but it’s important for us to convey what the actual facts are” when you have this outlined from 47 members of the Congress.

According to Psaki, the letter ignores the fact that executive agreements between countries provide things “like protections for troops that we rely on every day, allows for the basing of American service members overseas, allows to disrupt – us to disrupt the proliferation of weapons of mass destruction on the high seas.

“The Constitution assigns the authority to the Executive to negotiate these deals with foreign partners. And so implying that Congress has a role that was implied in this letter is inaccurate.”

“It’s also a negotiation and it’s important to us – for us to send this message to our partners around the world. That is with not just the United States and Iran, but with France, Germany, the United Kingdom, the European Union, China, and Russia.