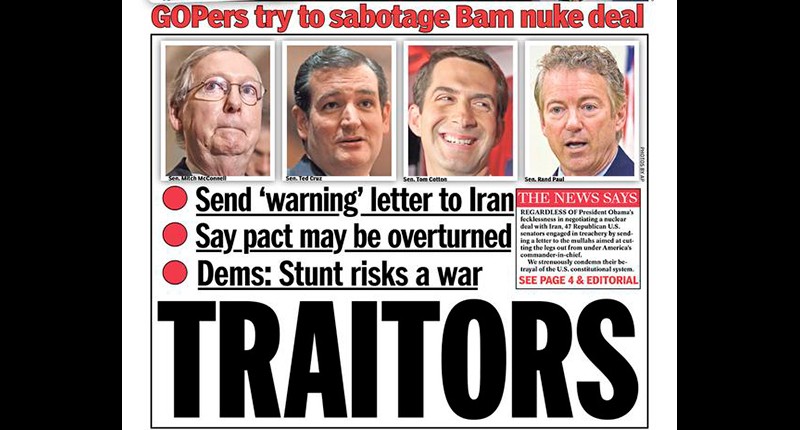 The New York Daily News released its cover for Tuesday morning, in which it calls Senate Majority Leader (R-KY) and three of his GOP colleagues “traitors” for their letter warning Iran about a prospective nuclear treaty with the U.S.

The cover, posted on the newspaper’s Twitter account, features McConnell as well as Senators Tom Cotton (R-AR), Ted Cruz (R-TX) and Rand Paul (R-KY), singling them out among Republicans trying “to sabotage Bam nuke deal.” It can be seen in full below: 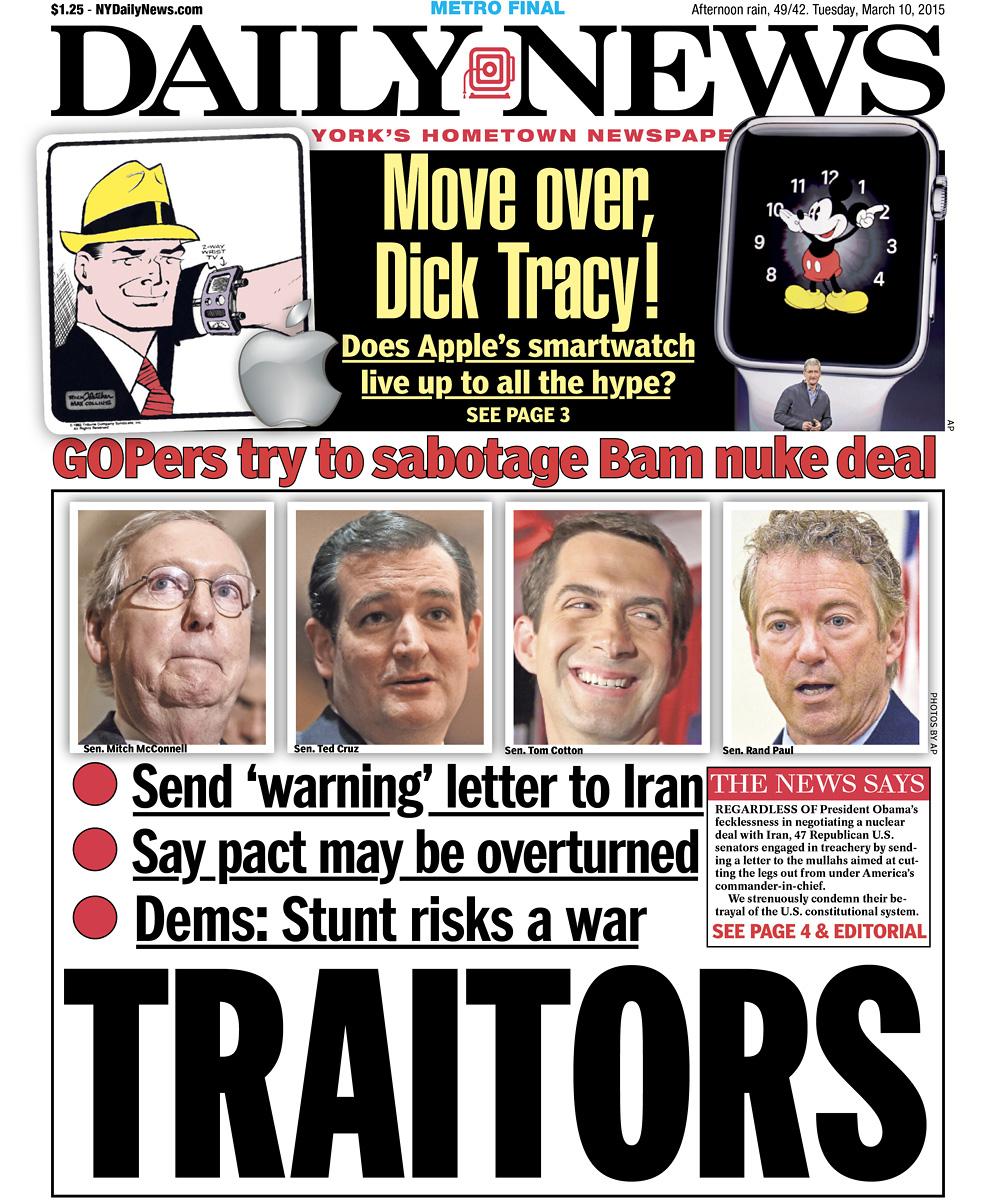