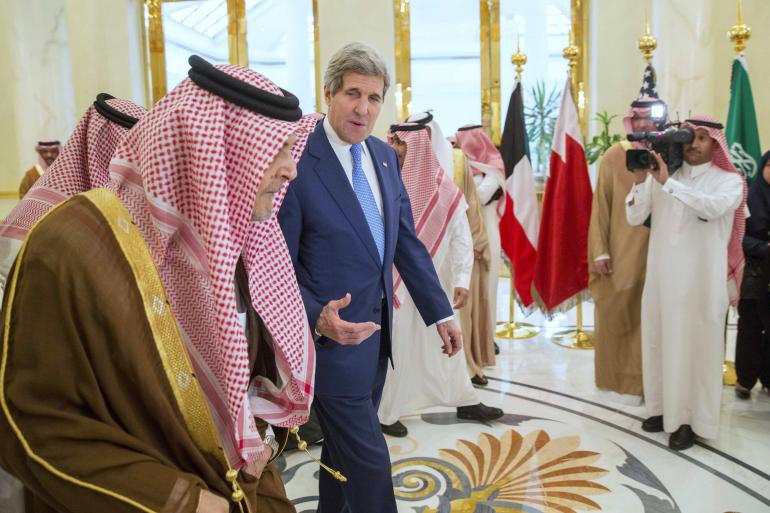 Tehran, March 10, The Iran Project – After a long history of apparent enmity, Saudi Arabia and Israel have joined together to combat in a same battleground against Iran.

The common enemy: A nuclear Iran

The Saudi Arabia must be so desperate of an intense threat that it declared the full readiness to cooperate with its old enemy, Israel. Unlike no formal diplomatic ties for over seven decades and despite the long history of Palestinian territory’s illegitimate occupation, Saudi authorities have been entirely coordinating with Israel on all matters related to a single foe.[1] “A nuclear Iran” is what they felt equally threatened by and they are doing whatever they deem necessary to avoid any possible deal.

A growing divide between Israel and US

On one hand, Israel strives to prevent the accord through any available lobbying platform. The threat of “nuclear nightmare” is scary enough that Israel doesn’t give the efforts up even at the expense of the losing the support of its traditional ally, the US. Although, Netanyahu characterized the US- Israel radically divergent positions over Iran as a “family fight”[2], this long dispute undoubtedly has amounted to the biggest schism of two countries in years.

On the other hand, Saudi Arabia, as Sunni leader of the region, who is no less concerned about reaching a deal with Iran, has adopted a more quite behind the scene diplomacy than Israel. It is playing a more subtle game. To challenge any diplomatic breakthrough with Iran, the Kingdom seems to be actively engage in diplomatic means to establish a regional strategic cooperation against Iran. The highly unusual invitation of Nawaz Sharif, Pakistan prime minister, to Riadh, hosting the Egyptian president, Abdel Fattah el-Sisi and Turkish president, Recep Tayyip Erdogan, in the recent weeks as well as Jordanian King Abdallah II indicate to what extent Saudi Arabi looks for the countries’ reassurance of the Kingdom’s security, either an impending deal or no deal occur in coming weeks.[3] But what is the reason behind feeling threatened by Western rapprochement with Iran?

1- Shifting the Balance of Power in the Middle East

A moderated approach to foreign policy through word and deed has been adopted by Rouhani administration in recent years. The policy potentially restores Iran’s historical position as a major power in the region.[4] In addition, amid the nuclear talks, Iran’s robust involvement in fight against ISIS and the recent victories to release Tikrit made some to talk about reshaping the region balance.[5] This explains why Haaretz, the prominent Israeli press, argues that “even if no final agreement is signed, the Saudis fear the negotiations themselves have placed its regional rival on a par with the world’s leading superpowers”[6]. Thus, to Israel and Saudi Arabia, the nuclear deal seems just a symptom, rebalancing the region is the main issue.

2-    Reinforcing the Shiite Position in the Region

Iran active engagement in Iraq and the recent launched attacks in Tikrit, as the ISIS strong hold in Iraq, have been taking place while the Western powers’ sanctions and hostilities have been underway against Iran. It is obvious that signing a deal and ending the enmities may boost Iran’s regional position and support for Shi’ite Muslim groups in the region.[7] According to an Arab diplomat, Iran will get a certain regional status in exchange for an agreement.[8] To Israel and Arab monarchs especially Saudi Arabia, bringing an end to the sanctions would grow the economy of Iran more powerful and consequently will reinforce the Shiite groups’ position in the region.[9]