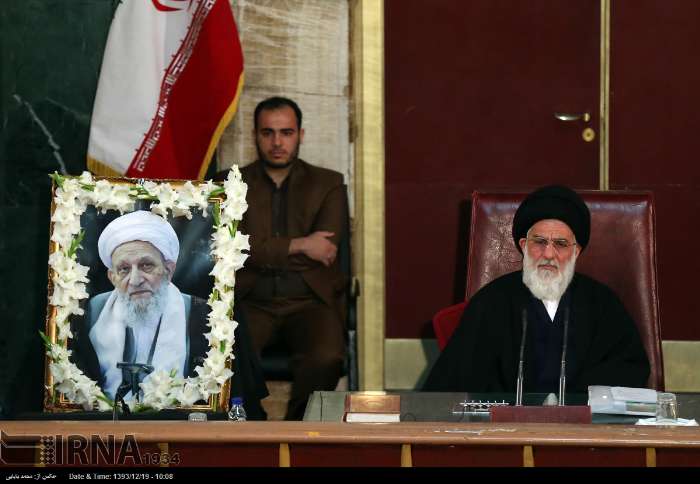 Iran will accept only a good agreement: Senior cleric

Ayatollah Mahmoud Shahroudi who headed the Assembly of Experts temporally before Tuesday election, made the remarks at the opening ceremony of 17th meeting of the body.

He noted that nuclear negotiators should do their best in support of nation’s right for peaceful use of nuclear energy.

Iran would continue talks to reach a good agreement, but it will not trust US to accept a two-stage agreement, Shahroudi underlined.

He hailed Iranian nation’s scientific achievements and their huge turn out in the national celebrations held to celebrate anniversary of revolution’s victory.

The cleric also referred to enemy pressures and sanctions and urged the government to rely on national capacities.

Muslims should be vigilant towards enemy’s divisive plots, he added.

Shahroudi pointed to ISIL crimes and said the terrorist group was created by enemies to weaken Islamic countries and to deviate the process of Islamic Awakening in the Muslim World.

Palestinian cause was forgotten after the rise of ISIL, he added, and they do not believe in the cause of Palestine.

Ayatollah Mohammad Yazdi was elected as new chairman of the Assembly of Experts at the 17th meeting of the body held here on Tuesday, securing 47 votes out of 73.

Iranian Foreign Minister Mohammad Javad Zarif attended the first day of meeting and briefed the Assembly’s representatives with the latest developments in the region and the world.

Zarif briefed the assembly on the negotiations with the Group 5+1 (the five permanent UN Security Council members plus Germany) over Tehran’s peaceful nuclear program.

It is also expected that Commander of the Islamic Revolution Guards Corps (IRGC) Major General Mohammad Ali Jafari give a lecture to the Assembly of Experts on Wednesday.