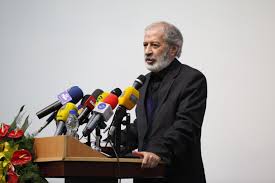 TEHRAN (Tasnim) – Iran’s domestically-made “Mesbah” satellite is ready to be sent into the orbit, an Iranian official announced on Tuesday, adding that a new version of the satellite is also under construction.

Speaking to reporters on the sidelines of the 14th Iranian Space Associations Conference in Tehran, Secretary of Iran’s Supreme Council of Cyberspace Mohammad Hassan Entezari said that the country is ready to launch Mesbah (Lantern) telecommunications satellite.

Entezari also announced that the second version of the satellite is being built, adding that it will provide a high technological capability for the country.

Meantime, Head of Iran’s Telecommunications and Satellite Technology Research Center Shervin Amiri told reporters on the sidelines of the conference that the research phase and basic design of the second version, Mesbah II, is finished.

The second version, which needs a budget of some $1.8 million, will be mainly used for earthquake anticipation, Amiri explained.

Iran has in recent years made great headways in manufacturing satellites thanks to the efforts made by its local scientists.

Later in December 2013, the country’s scientists could successfully send a monkey, called ‘Fargam’ or Auspicious, into space aboard Pajoheshan (Research) indigenous rocket and return the live simian back to earth safely.