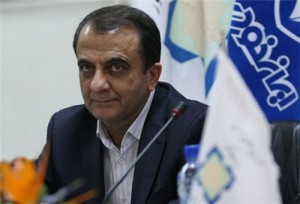 “Peugeot will set up a joint factory with Iran Khodro, held 50% by Peugeot and 50% by Iran Khodro,” Mehr news agency quoted Hashem Yekkeh-Zare as saying.

He said that the planned joint factory would export 30% of its manufactured vehicles.

The official also said Iran Khodro would no longer assemble cars in Iran.

He noted that Iran Khodro is looking for replacement of Chinese products with products of higher technical quality.

He said the Iranian company is also in talks with Japan’s Suzuki and another European manufacturer.

“Soon, we will also reach agreement with a qualified European company, but based on these agreements, we will not give them totally our market,” said Yekkeh-Zare.

He said Iran Khodro’s car manufacturing for the current calendar year to March 20 would reach 690,000, much higher than 530,000 envisaged by Iran’s Ministry of Industry, Mine and Trade.

Yekkeh-Zare said Iran Khodro plans to manufacture 3 million cars a year in 2025 to get a 60% share in Iran’s car market.

Iran Khodro is the biggest vehicle manufacturer in the Middle East, Central Asia and North Africa with the current production capacity of 600,000 vehicles a year.  The company produces a variety of vehicles, including Samand, Peugeot and Renault cars, and trucks, minibuses and buses.

Peugeot is one of Iran Khodro’s oldest partners and several key vehicles jointly produced by the two – including Peugeot 405, Peugeot 206, and Peugeot 207 – are supplied to markets such as Azerbaijan, Iraq, Armenia, Uzbekistan, Turkmenistan, Syria and Afghanistan as well as the domestic market.

In February 2012, PSA Peugeot Citroën stopped its trade with Iran when the sanctions against the Islamic Republic were extended to the automobile sector. It also halted its exports of vehicles to Iran, which accounted for around 13 percent of the firm’s global deliveries in 2011. It cost the automaker an annual loss of half a million car sales and an estimated 1.5 billion euros in lost revenue in 2013.