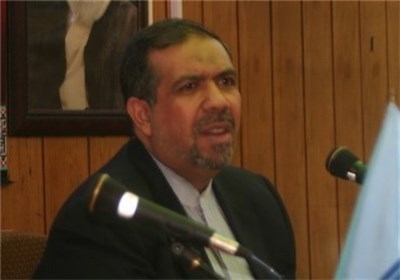 Member of the Iranian team of nuclear negotiators Davoud Mohammadnia

TEHRAN (Tasnim) – An Iranian diplomat engaged in nuclear negotiations between Tehran and six world powers said a possible comprehensive accord will have the country’s underground Fordow uranium enrichment facility working with a different application.

“Under the possible agreement, the Fordow facilities will continue their activities with changed applicability,” Davoud Mohammadnia, member of the Iranian team of nuclear negotiators announced in a scientific conference on Tuesday.

While Iran and the Group 5+1 (Russia, China, the US, Britain, France and Germany) negotiate to sign a lasting nuclear deal on Tehran’s peaceful nuclear program, Mohammadnia made it clear that “under no circumstances will duration of a nuclear accord be more than 10 years.”

He further gave an assurance that the team of negotiators will only agree on a deal that would fully safeguard Iran’s nuclear rights and achievements, stressing that all anti-Iran sanctions, either imposed by the US or the European Union, should be lifted immediately after the agreement takes effect.

“Moreover” he added “the sanctions imposed by the (United Nations) Security Council should be removed and the dossier (of Iran’s nuclear program) should … return to the normal status.”

Mohammadnia also underlined that Iran’s “industrial enrichment” of uranium will be enshrined in the long-awaited deal.

Iran and the six nations are in talks to hammer out a final agreement to end more than a decade of impasse over Tehran’s nuclear energy program.

The two sides held bilateral and multilateral negotiations in the Swiss city of Geneva earlier in February to narrow down the remaining differences ahead of a deadline for a final agreement by July 1.