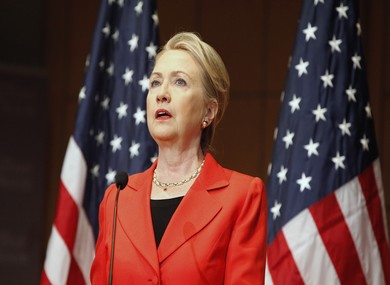 Clinton: GOP letter to Iran ‘out of step’ with US traditions 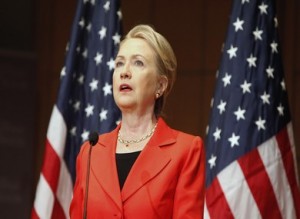 UNITED NATIONS (AP) — Former Secretary of State Hillary Rodham Clinton is joining the chorus of Democratic disapproval over a letter sent by Republican senators to Iran’s leadership. They letter warned that any nuclear deal reached with President Barack Obama may not outlast his administration.

Speaking at the United Nations, Clinton on Tuesday called the letter is a “discredit” to its 47 signatories, who she said are either attempting to help Iran or hurt Obama in the high-stakes negotiations. Clinton said the letter was “out of step with the best traditions of American leadership.”

The comments were her first on the unfolding controversy over the letter, although Clinton has in the past spoken in support of the negotiations with Iran. Talks resume next week with an end-of-March target looming for the outline of a deal.