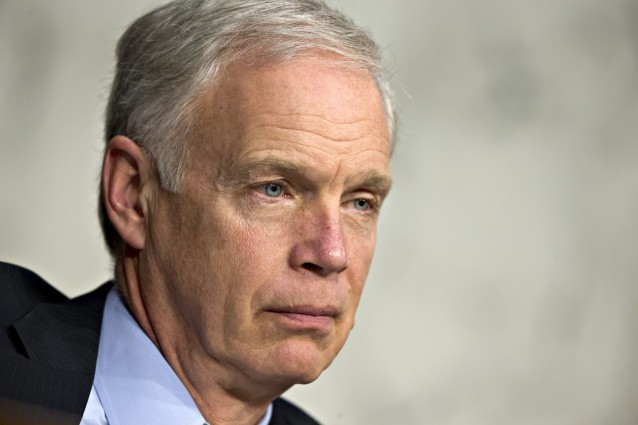 Sen. Ron Johnson (R-WI) preemptively dismissed the Obama administration’s effort to reach a negotiated deal that could contain Iran’s nuclear program on Sunday and instead suggested that the United States and Israel may need to take military action to prevent the Tehran regime from obtaining a nuclear weapon.

“We cannot allow them to have a nuclear weapon, if that means military action, that’s what we’ll end up taking,” Johnson said during an appearance on Fox News Sunday.

The Wisconsin senator characterized leaked details of the agreement — which would place strict controls and monitor Iran’s nuclear activities for at least 10 years — as a “bad deal” and blasted the administration for even pursuing the talks, which began after Iran agreed to freeze its nuclear program and roll back its stockpiles of enriched uranium. Johnson argued that the administration has already given up too much to the Iranians by acknowledging that it could have some enrichment capability and thus paved “the way for Iran to basically weaponize its nuclear program.”

Under the terms of an interim deal that paved the way for the current round of talks, Iran can continue to enrich uranium, but only to the level of 5 percent of U-235, far below the 90 percent level needed for a weapon. In Nov. 2014, the International Atomic Energy Agency confirmed that Iran was complying with the terms of the interim November 2013 agreement, meaning that “All of the enrichment related activities at Iran’s declared facilities are under Agency safeguards, and all of the nuclear material, installed cascades, and feed and withdrawal stations at those facilities are subject to Agency containment and surveillance.”

But Johnson argued that Obama should abandon this route and instead “institute some severe sanctions,” a policy similar to the one adopted by President George W. Bush. Under his administration, however, Iran’s centrifuges grow from 164 in 2003 to approximately 19,000 centrifuges today.

Asked twice what alternative policy the United States could pursue to prevent Iran from obtaining a nuclear weapon, Johnson added, “if Israel believes its threatened and it takes military action, the United States has got to back our strong ally.”