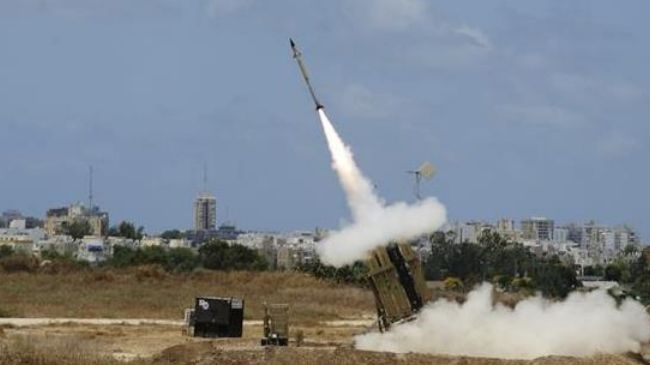 A missile is launched by an “Iron Dome” battery in the southern Israeli city of Ashdod on July 14, 2014.

“We will thwart much rocket fire and will be effective in many areas, but we won’t know how to fully protect … Israel. It won’t happen. We will be harmed, but without Iron Dome we would be harmed even more,” Israel’s Air Force Commander Major General Amir Eshel said in an interview published in the March issue of the air force’s magazine.

The Israeli public’s expectation that the Iron Dome will provide a complete protection for them is unrealistic, Eshel added.

The Iron Dome is a short-range missile system designed to intercept rockets and artillery shells fired from a range of between four and 70 kilometers (2.5 to 43 miles).

It was established with the financial support of the United States and became operational in 2011.

The failure of the highly-publicized missile system sparked panic among Israelis after a number of Palestinian rockets successfully hit their targets during Israel’s latest war on the Gaza Strip last summer.

Israel receives more than USD 3 billion from the United States in direct foreign assistance every year. It also gets USD 70 million more in military aid for its missile systems. Under an existing 10-year aid agreement between Washington and Tel Aviv signed in 2007, USD 30 billion in American taxpayers’ money is flowing into Israel.