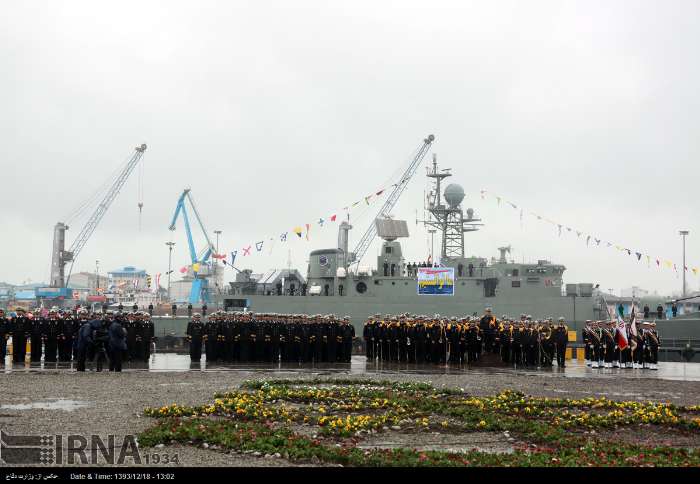 Iran’s most advanced destroyer to be launched in Caspian Sea

TEHRAN (ISNA)- Iran’s most advanced destroyer would be unveiled in Caspian Sea, northern Iran, to join the Islamic Republic of Iran’s Navy on Monday.

The destroyer would be launched in the sea in an official ceremony to be attended by Secretary of Supreme National Security Council Ali Shamkhani, Defense Minister Brigadier General Hossein Dehghan and Iran’s Navy Commander Rear Admiral Habibollah Sayyari.

The destroyer dubbed ‘Damavand’ has been built by Iranian Defense Ministry, the Navy, 400 universities and research and industrial centers.

The first class of the destroyer dubbed ‘Jamaran’ has already been launched in Persian Gulf waters.