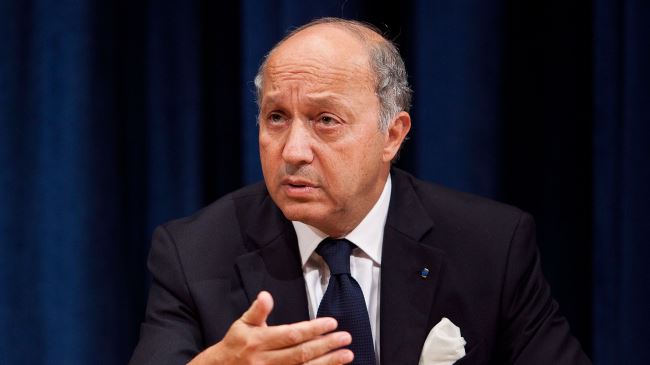 Fabius has resumed throwing a wrench in the works

Measures by Paris are more of hindrance than help; different stances by France and other members of P5+1 on nuclear talks can endanger what has been achieved so fat.

Iran’s nuclear dossier took center stage in Paris one more time on March 7. Foreign ministers of P5+1 attended the meeting; but Iran’s top diplomat was not in the French capital for the meeting which seemed to be primarily aimed at playing up the role of Paris in talks than finding a solution to the nuclear case.

Paris seems interested in the repeat of what happened in preliminary negotiations between Iran and P5+1. The following is the translation of a report about the role of France in nuclear talks Aftab-e Yazd daily published on March 8:

He went on to say commitments offered by Iran in the nuclear talks with six world powers do not go far enough and more work needed to be done, notably on what he called “volume, checks and duration”.

His comments came as EU foreign policy chief Federica Mogherini, in two separate interviews, expressed optimism over conclusion of an agreement, saying that a good deal between Iran and the six world powers is at hand.

Those contradictory comments by two senior European diplomats suggest negotiations for a comprehensive deal are likely to result in the repeat of what happened in preliminary talks.

In the Geneva talks aimed at securing a preliminary deal, when all eyes were riveted to the negotiations between Iran and the US and there were growing speculations that an accord between them would guarantee a deal, it was France which hampered a deal.

A report released by Agence France-Presse (AFP) highlighted [deep] distrust between the two transatlantic allies and said there is a diplomatic fencing match behind the scenes between Paris and Washington over nuclear negotiations with Iran.

“Privately, American officials say there has been concern in Washington over the French position of publicly playing hardball, but then not backing up their words in the negotiations,” the report further said.

Measures by Paris are more of hindrance than help, because the difference in stances adopted by France and other members of P5+1 could put some of the achievements of the past two rounds of talks between Iran and the US – in Geneva and Montreux – at stake.

[On March 9, the daily filed a follow-up report featuring the comments of two experts on why the French foreign minister said what he said. In the report Ali Bigdeli, an international affairs expert, and Heshmatollah Falahatpisheh, a former MP, weighed in on the comments of Fabius. The following is the translation of part of what they said:]

In the buildup to the deal in November 24, 2013 similar remarks were made. Back then, Fabius and President Hollande paid a visit to Israel.

These two French officials are Jewish and under pressure from Tel Aviv and Jews in France. One should not forget the fact that France is home to the largest number of Jews in Europe.

Besides, because the French public deems the performance of Hollande as poor, by turning to such remarks, Fabius sought to display a muscle-flexing show, a gesture aimed at Jews in France and in Israel, as well as regional Arab countries. After America, France is the second largest provider of arms to Arab nations.

Therefore, his comments were merely a show of power and are not going to have any impact on nuclear talks which will carry on.

By making these remarks, Fabius sought to put across this message to the French that Paris does not comply with US policies, because the French are sensitive about America.

On the other hand, John Kerry has a very realistic approach to the talks and has made efforts to get the negotiations to this stage.

He consults with other countries because he seeks to maintain America’s friendship with them over other matters and avoids a go-it-alone approach.

The Americans are trying to turn Iran’s case into an international issue and thus have to consult with European countries; in doing so, they even have to visit Arab countries in the region to win them over.

What he said is not a show of might; rather, it is more a public diplomacy move.

The stances adopted by players such as France, Germany and Britain are among those taken in the line with public diplomacy. Official diplomacy is going on between Iran and America.

This article was translated by IFP from Aftab Yazd Newspaper