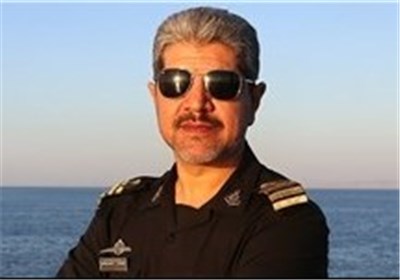 TEHRAN (Tasnim) – Commander of the Iranian Navy’s 33rd flotilla of warships underlined the significance of the Navy’s presence in the Strait of Malacca.

Mohammad Reza Ahmadi Kermanshahi said that given the high vessel traffic in the Strait of Malacca, navigation in its waters is very sensitive and the presence of the 33rd flotilla there shows the preparedness and capabilities of the young officers serving in the flotilla.

“This straight is a major transit route for commodities and energy and we came to the region to ensure security for Iranian vessels against the ominous phenomenon of piracy,” he added.

Kermanshahi noted that since a few years ago, military vessels of the Islamic Republic of Iran’s Navy have been given missions to protect commercial vessels and oil tankers bound for or leaving Iranian ports against piracy.

So far 33 flotillas have been tasked with such missions, the senior commander stated.

He said for this purpose and also to convey Iran’s message of peace and friendship to other countries, the 33rd flotilla began its new mission earlier this year and has so far docked at ports in Sri Lanka and Indonesia.

Kermanshahi went on to say that in meetings with the two countries’ navy commanders, the Iranian side voiced preparedness to share experiences and boost ties with friendly states.