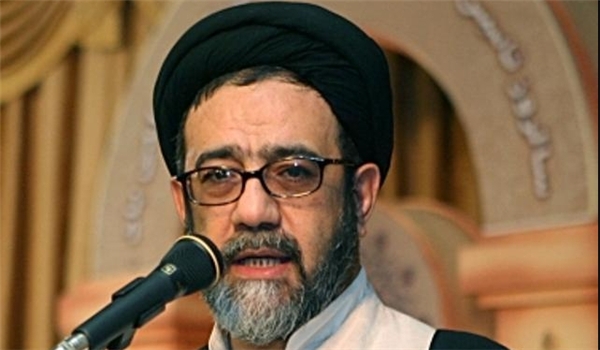 TEHRAN (FNA)- A senior Iranian Army official underscored vital role that the country plays in the regional equations and developments.

“Today, the Islamic Republic of Iran is a decision-maker in the regional developments,” Head of the Army’s Political Organization Seyed Mohammad Ali Al-e Hashem said on Monday.

In relevant remarks in January, Iranian Interior Minister Abdolreza Rahmani Fazli underscored that even the enemies of the country had admitted Iran’s key and decisive role in the regional developments.

“Despite all pressures, the Islamic Republic of Iran has first-degree influence in the region and the enemies have admitted that no development happens in the region without Iran’s presence,” Rahmani Fazli said, addressing a gathering in Tehran.

He stressed Tehran’s support for the oppressed regional nations which had been attacked and looted by the foreigners, and said, “The Iraqi, Yemeni, Lebanese, Egyptian and Libyan people are aware that their only supporter is the Iranian nation which supports them sincerely.”

Different regional and international figures have underlined Iran’s significant role in the region.

Qatari Judiciary Chief Ali Bin Fatis al-Marri in a meeting with Iranian Deputy Foreign Minister for Arab and African Affairs Hossein Amir Abollahian in January stressed Iran’s important role in the region, and called for the further development of ties with Tehran.

During the meeting in Doha, Marri said his country was ready to cooperate with Iran in judiciary areas, and said Tehran-Doha ties were of particular significance.

He said the two countries could cooperate both in bilateral issues as well as international judiciary bodies.

“ISIL is threatening the region and beyond and the incidents in Paris showed that the global campaign on terrorism is highly important and Iran plays a key role in fighting terrorism,” Kasoulides said in a joint press conference with his Iranian counterpart Mohammad Javad Zarif in Tehran.

He also stressed Iran’s pivotal role in the region, and said the country could also help the process of presidential election in Lebanon.