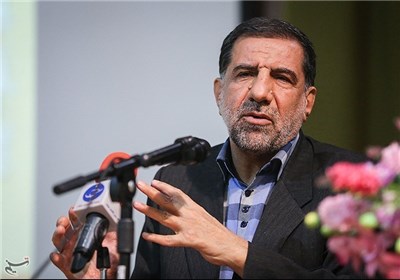 TEHRAN (Tasnim) – A senior Iranian lawmaker gave an assurance that both the people and their representatives in the parliament support a good nuclear agreement between Tehran and world powers.

The lawmaker, however, made it clear that any possible accord with the Group 5+1 (Russia, China, the US, Britain, France and Germany) should be ratified by the Iranian parliament, stressing that only a good deal will be acceptable to the lawmakers.

The MPs have never opposed a nuclear agreement, but insist that any deal should recognize the Iranian nation’s rights and have the “cruel sanctions” lifted, he added.

While Iran and the Group 5+1 are in talks to hammer out a final agreement to end more than a decade of impasse over Tehran’s nuclear energy program, Supreme Leader of the Islamic Revolution Ayatollah Seyed Ali Khamenei affirmed in February that any nuclear deal between Iran and world powers should be implementable, stressing that “no deal will be better than a bad one,” including a two-phased agreement.

“I agree with an agreement that could be implemented, but disagree with a bad deal… I agree on the continuation and progress of the talks and reaching a good deal,” the Leader said at the time.

Ayatollah Khamenei further expressed opposition to the idea of a two-phased nuclear deal, which entails consensus on the generalities at first and requires agreement on details at a later time.

“If there is to be any deal, it must have a single stage and include generalities and details together,” Ayatollah Khamenei had pointed out.