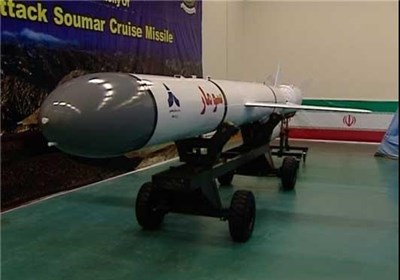 He said the domestically-made missile can hit a broad range of targets in all circumstances thanks to its high tactical capabilities, long survival over the battlefield and radar-evading properties.

The minister referred to the production of Soumar as an “effective step” in boosting the country’s defensive and deterrent power.

The Qadr ballistic missile and the Qiam mid-range missile are capable of carrying diverse types of blast-fragmentation warheads.

The two missiles can detonate a broad range of targets.