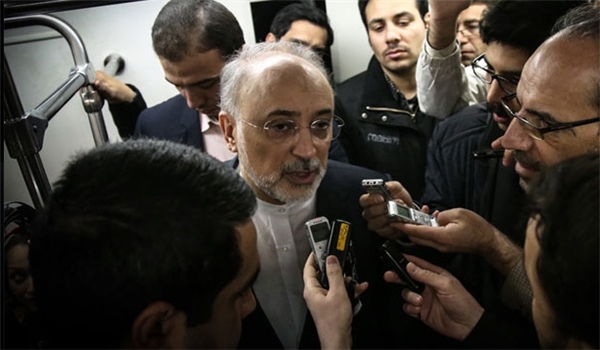 TEHRAN (ISNA)- Head of Atomic Energy Organization of Iran (AEOI) Ali Akbar Salehi reiterated that Iran has already answered the questions raised by the IAEA on the country’s nuclear issue.

“The International Atomic Energy Agency (IAEA) has raised 18 questions that we have answered all of them,” he said.

He continued that the IAEA claims Iran’s answers were not enough, but it is a unilateral understanding, “Because whatever our answer is, the other side might say that it is not sufficient.”

Salehi noted that the first fuel complex of Bushehr Nuclear Power Plant would be unveiled on April 9, adding this is the first indigenous fuel complex built in Iran.