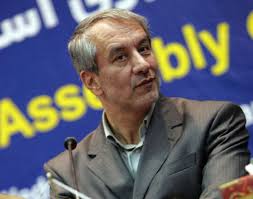 “We are committed to providing high-quality facilities at the right time to host the 2019 Asian Cup,” he added.

Iran is bidding against the United Arab Emirates (UAE) to host the 2019 Asian Cup, but FIFA President Sepp Blatter said that the ban on women watching football in stadiums could damage Iran chances of being chosen as tournament host.

In comments published in FIFA’s weekly magazine ahead of International Women’s Day, Blatter said that despite his efforts to convince Iranian President Hassan Rouhani to let women attend matches when he met him in 2013, “nothing has happened.”

“Open the nation’s football stadiums to women,” wrote Blatter, who is currently campaigning for re-election.