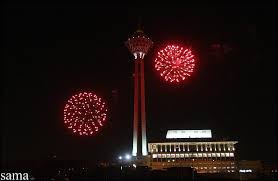 The Economist says in a report that US firms are already signing deals with Iran.

Reports emerged on Saturday that said American enterprises have already started taking initial steps to enter the Iranian market in case the current nuclear talks with the country succeed and sanctions against it are lifted.

“If there is a nuclear deal, you will find overnight that the Americans have signed one-year options on the best projects,” he has been quoted as saying.

“The Europeans will be queuing up, but they will end up negotiating with Exxon Mobil and Chevron, just as happened in Libya.”

Such talk is particularly galling to companies from Western countries that were reluctantly pulled into applying sanctions, the Economist added. “We can’t help but think we have been played by the Americans,” it quoted an unnamed European business leader as complaining.

Iran is currently negotiating with the P5+1 group of countries – the five permanent members of the Security Council plus Germany – over a final agreement on its nuclear energy program.

The agreement – that has a deadline of July 1 – could lead to the lifting of sanctions that have been imposed on Iran over its nuclear energy activities.

The sanctions – that Tehran has repeatedly criticized as illegal and called for their immediate removal – are believed to be the harshest in modern history that have been put into effect by the United States, the European Union and the United Nations. They comprise a series of punitive measures against Iran that include asset freezes, investment bans, trade embargoes, and individual/companies blacklisting among other measures.