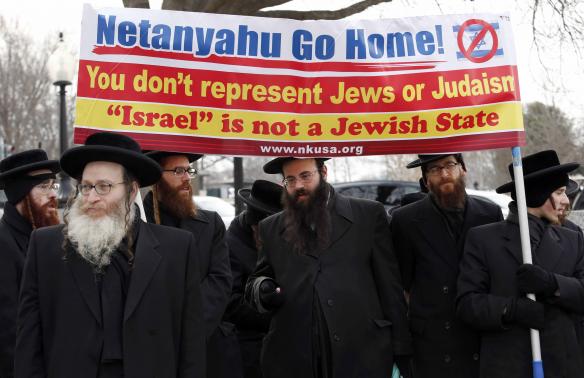 Next curveball for oil: An Iran nuclear deal

Talk is growing of a nuclear deal that could see a lifting of sanctions against Iran, a move that could turn the tap on its oil exports – something that would have significant ramifications for the volatile commodity, analysts say.

A deal on Iran’s nuclear program could be reached this week if the U.S. and other Western states had the sufficient political will and agree to removing sanctions, Reuters reported Iranian Foreign Minister Javad Zarif saying Monday.

Analysts said that while they do not expect a complete lifting of sanctions against Iran soon, oil markets are right to focus attention on the prospect.

There are a couple of scenarios here and the most likely is that there will be some sort of agreement but not a full one, with a little bit of an easing back of sanctions,” said Thomas Pugh, commodities economist at Capital Economics in London.

“If they (Iran) are allowed to export slightly more, that would put downward pressure on the oil price but probably not massively,” he said.

“The other scenario that is possible — but unlikely — is some sort of complete agreement that allows Iran to export as much as it wants, which would have a massive effect,” Pugh added, saying such a deal could send Brent crude down towards $40 a barrel.

In fact, Brent crude futures fell 5 percent on Monday on talk that a nuclear deal for Iran could come sooner rather than later. Brent, which fell to lows close to $45 in January, was trading around $60.77 a barrel on Tuesday, recovering some of the previous day’s losses. U.S crude futures traded 1.5 percent higher at around $50.35.

A potential nuclear deal with Iran was the main subject of Israeli Prime Minister Benjamin Netanyahu’s speech to Congress Tuesday, warning that country was “deeply rooted in Islam” that will “always be an enemy of America.”

“While there is a lot of attention on the Netanyahu speech, this shouldn’t affect the path of talks on Iran,” said Richard Mallinson, geopolitical analyst at Energy Analyst. “The key is what is going on, the diplomacy of negotiations in Vienna and we are seeing the pace and seniority of those at these meetings reach an intensity.”

Iranian oil exports have been restricted for several years now by U.S. and European sanctions. Iran says its nuclear plans are peaceful.

“Crude oil is tiptoeing, as traders are not fully sure if they want to go long or short. However, professionals are assured that the only direction they want to trade is towards the downside, given the glut we have on the market,” Naeem Aslam, chief market analyst at AvaTrade said in a note.

And it’s that word — supply – that is key here, analysts say.

Mallinson at Energy Analyst said that beyond the immediate downward move in oil that any Iran nuclear agreement brings, focus would be on how much oil Iran could produce and how quickly.

“I know the IEA (International Energy Agency) talks about quite significant volumes that could come back relatively quickly,” Mallinson said. “But you can’t ignore the technical realities of what happens when you switch off oil for several years. When you’ve had decades without access to Western expertise and consider the maintenance required, it isn’t a straightforward process to switch oil back on. ”

“I don’t think Iran would be able to lift its underlying production by a significant volume in the months after the lifting of export sanctions – it might get to an additional 100,000 barrels per day of production. Nothing significant,” he said.