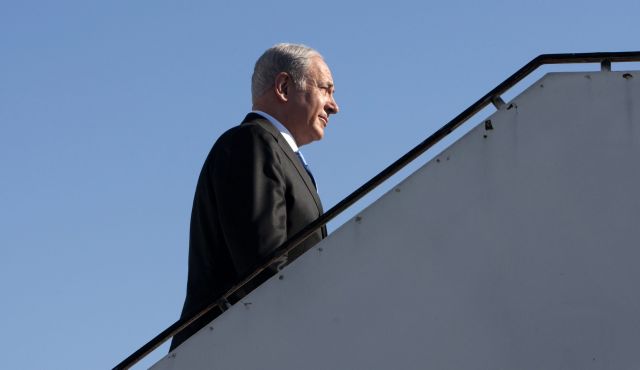 Netanyahu responds to Obama: I presented a practical alternative to bad Iran deal

Upon landing at Ben-Gurion International Airport, Israeli prime minister says he feels both Democrats and Republicans better understand why impending deal is so bad.

Prime Minister Benjamin Netanyahu arrived back in Israel on Wednesday morning, hours after delivering his controversial speech on the Iranian nuclear threat to a joint session of the U.S. Congress.

On landing at Ben-Gurion International Airport, Netanyahu told reporters that his speech provided the international community with an opportunity to hear what Israel has to say about the ‘bad deal’ that is currently being negotiated with Iran.

“In my speech to Congress,” the prime minister said, “I offered a practical alternative. My alternative will, on the one hand, extend by years Iran’s nuclear weapon break-out time, should it decide to violate the agreement, by putting in place more stringent limitation. The alternative that I put forward to Congress also proposes that sanctions against Iran not be lifted automatically until such time as it stops spreading terrorism across the globe, stops its aggression against its neighbors and stop threatening to destroy Israel.”

Asked about reactions to his speech, Netanyahu insisted that he was “encouraged” by the response from Republican and Democratic lawmakers alike. ‘I got the impression,’ Netanyahu said, ‘that they now better understand why this is a bad deal and what the proper alternative is.’