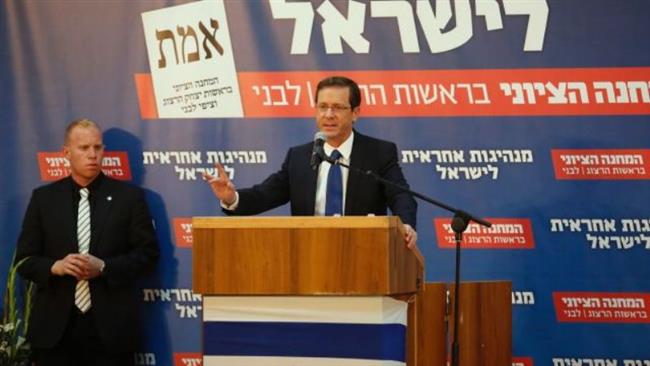 “The painful truth is that after all the applause, Netanyahu was left alone and Israel was left isolated, and the negotiations [on Iran’s nuclear program] will continue without any Israeli involvement,” Herzog said.

“This speech badly damaged US-Israel relations. It won’t change the [US] administration’s stance, but will only widen the rift with our greatest friend and strategic ally,” he noted.

In a speech to the US Congress on Tuesday, Netanyahu depicted Iran as a “threat to the entire world” and called on Washington not to negotiate a “very bad deal” with Tehran over its nuclear program.

“We’ve been told that no deal is better than a bad deal. Well this is a bad deal, a very bad deal, We’re better off without it,” he said.

He claimed that a final nuclear agreement with Iran will change the Middle East for the worst as “not a single [Iranian] nuclear facility would be demolished.”

In reaction to the speech, Iranian Foreign Minister Mohammad Javad Zarif said that the Israeli prime minister is trying to have a disruptive effect on the Islamic Republic’s nuclear negotiations with world powers.

The latest round of nuclear talks between Iranian and US delegations came to an end in the Swiss city of Montreux on Tuesday.

The two-day negotiations were headed by the Iranian foreign minister and his US counterpart John Kerry.