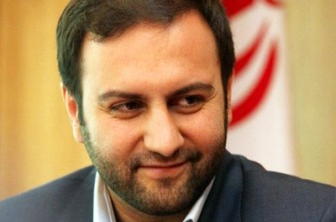 TEHRAN, March 03 (MNA) – A member of Tehran City Council and Supervisory Committee has said in 2015 the most hitting issue will be water shortage in the capital.

Mohsen Pirhadi told Iran’s state news agency IRNA in an interview on Tuesday that solving the problem entailed serious coordination of country’s Supreme Water Council, City Management and Tehran’s Municipality; “further measures should be taken by ABFA Co. (Tehran’s water and wastewater management company) to develop city sewage pipeline network so that it helps effectively re-use sewage in treated form to meet the water shortage to irrigate city green spaces,” said the city councillor, “with the looming water shortage crisis over the city, we have still lagged behind in making maximum use of the sewage treated output,” he noted.

Pirhadi pointed to establishment of water storage facilities in all 22 Municipality’s districts; “280 million cubic meters of water are needed for irrigation of Tehran’s green spaces; the Municipality should sign cooperation agreement with ABFA Co. in joint ventures to treat sewage water to meet the pressing water shortage during summer’s heat,” Pirhadi proposed.

“The water shortage has not slowed down the pace of green spaces to expand across the city; the expansion however has drastically changed the face of the city, but attempts should be focused upon replacement of naturally grown grass with artificial grass belying the eyes of the viewers’ seeking of the natural beauty,” he demanded.

“We estimated the water waste as being 30 per cent in city utility network; of 1 billion cubic meters of water produced in the province, 300 million cubic meters are wasted due to faulty pipeline and distribution grid,” Pirhadi told IRNA, stressing on the importance of refurbishing the water distribution networks in Tehran. “Water shortage has seriously disconcerted public and authorities alike; the mass media and cultural organizations should turn water shortage to a national issue; the Municipality should take the issue in its own hands through its massive advertisement capacities to turn the tide to bring the issue to public attention,” he concluded.