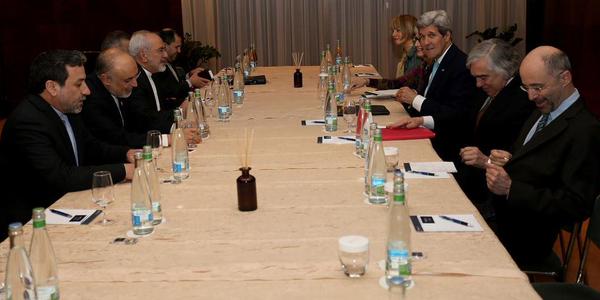 Iran and the United Staes talked for two and a half hours on Monday evening, too.

The two sides are trying to narrow the gap as Iran and the six world powers (US, Britain, France, Russia, China, Germany) are aiming to reach a political understanding in the run-up to a comprehensive deal by a self-imposed June 30 deadline.