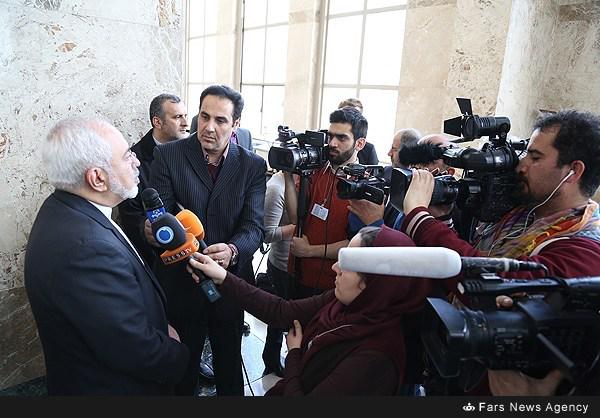 Zarif: Iran not to yield to greedy demands

Tehran, March 3, IRNA – Foreign Minister Mohammad Javad Zarif said Iran will not yield to the greedy demands of the parties involved in the talks over its peaceful nuclear program.

He made the remarks in response to statements of the US President Barack Obama while talking to media on Tuesday.

Zarif said Iran has entered the talks in ultimate sincerity and will go on with the negotiations until securing its full nuclear rights.

He said Iran will never yield to the greedy and illogical demands of the parties involved in the talks.

Referring to the Monday remarks of President Obama, he said they vividly indicated the fact that the US has been behind many direct and indirect military threats against Iran in the past decades and imposed many unfair and illegal sanctions against the Islamic Republic.

Furthermore, he stressed, the remarks prove that the US has finally realized that the policy of threats and sanctions is no longer effective.

The foreign minister reiterated that such remarks could never undermine the strong will of the Iranian nation in developing peaceful nuclear technology.

It is clear the remarks of President Obama serves to win the favorable view of the US public opinion and also to foil the effects of the harsh remarks of the Zionist regime and other the opponents of negotiations which keep threatening Iran in an unacceptable and mincing tone, he added.

President Obama said on Monday that Iran must commit to a verifiable freeze of at least 10 years on sensitive nuclear activity for a landmark atomic deal to be reached, but the odds are still against sealing a final agreement.