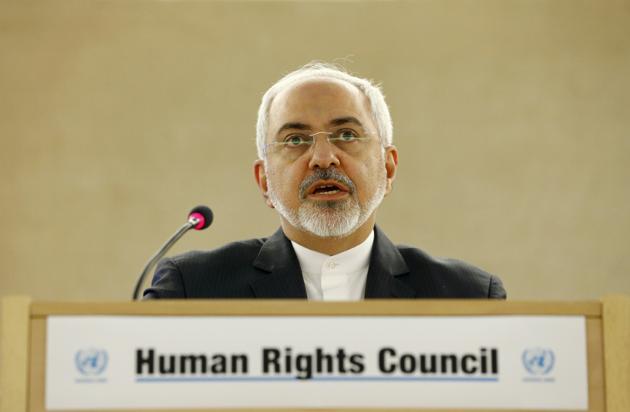 Geneva, March 2, IRNA – Foreign Minister Mohammad Javad Zarif said in his speech to the United Nations Human Rights Council on Monday that Daesh Takfiri terrorist group does not represent Islam and the crimes against humanity Daesh perpetrated in Iraq and Syria must stop.

In his speech, he sharply criticized the West double-standard policy in dealing with global issues.

The question is that why so many western nationals should have joined Daesh Takfiri terrorist group, he asked adding that Daesh members are those the so-called freedom-seekers.

‘You cannot stir Islamophobia and accuse the others of being anti-semitic,’ he said addressing the western governments.

Referring to formation of Daesh Takfiri terrorist group in the region, he said it should be asked why a large number of western nationals have joined terrorist groups.

‘Why people with western accent commit beheading?, he asked.

They have invented Daesh Takfiri groups to make a change in the geography of the region in order to weaken the governments not regarded as their friends, he said.

He called for global efforts to help prevent growth of Islamophobia and extremist groups.

On Palestine, Zarif said that to guarantee observance of human rights of the Palestinians, all the governments should help resolve the crisis from which the Palestine nation are suffering.