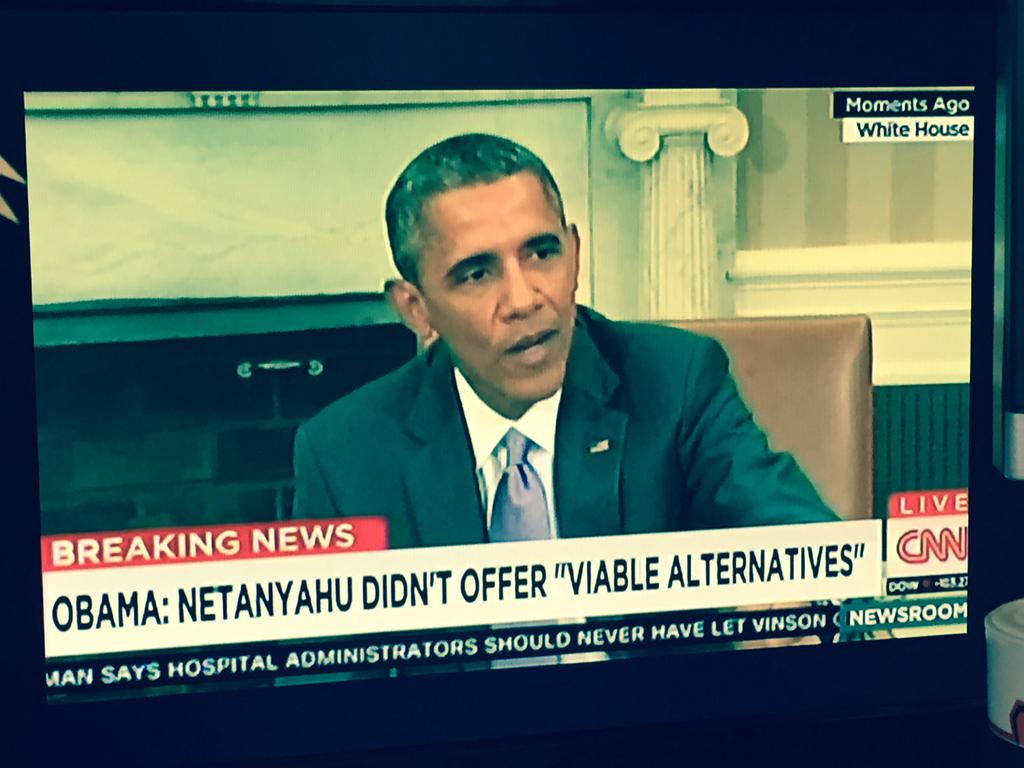 Obama: Netanyahu didn’t offer a “viable alternative” he said sanctions and war will not achieve what the deal would.

Obama says he read a transcript of Netanyahu’s speech Tuesday. He says “there was nothing new” in the speech.

Obama says Netanyahu made almost the same speech when he warned against the interim deal reached with Iran. Obama says that deal has resulted in a freeze and rolling back of Iran’s nuclear program.

Obama says Netanyahu’s alternative to the talks amounts to no deal at all. He says that would lead Iran to redouble efforts to build a nuclear bomb.

In his speech, Netanyahu said the deal would all but guarantee that Iran gets nuclear weapons.