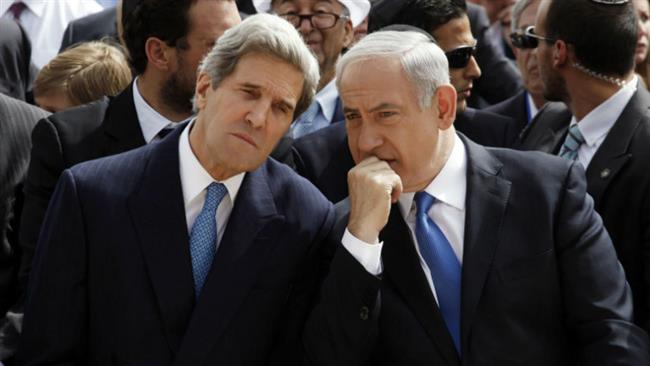 Kerry working on Iran nuke deal, Netanyahu to criticize it

MONTREUX, Switzerland (AP) — Top U.S. and Israeli officials are spending the day focusing on an emerging nuclear deal with Iran, but from opposite corners. U.S. Secretary of State John Kerry wants to bridge differences with Tehran while Israeli Prime Minister Benjamin Netanyahu plans to criticize the pact before Congress.

Kerry was meeting Tuesday with Iranian Foreign Minister Mohamad Javad Zarif in the Swiss town of Montreux – head of a March 31 deadline to seal a preliminary deal putting constraints on Tehran’s nuclear program in exchange for sanctions relief for Iran.

Their meeting is overshadowed by Netanyahu’s planned speech by invitation of congressional Republicans skeptical that the deal will seriously crimp Iran’s nuclear-weapon making ability. The meeting was not coordinated with the White House and has further strained relations between Obama and Netanyahu.